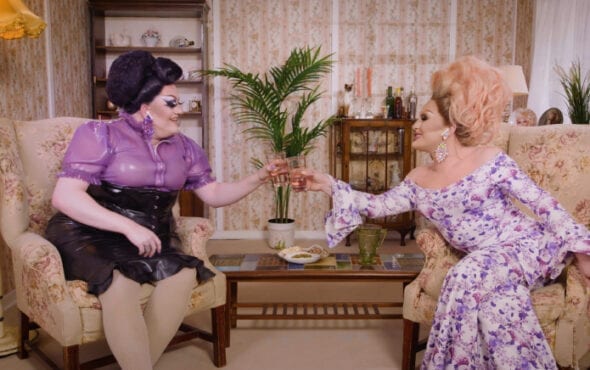 The second season of the British spin-off sees RuPaul’s Drag Race UK winners The Vivienne and Lawrence Chaney unite for the first time since the latter’s historic season two win earlier this year.

I Like to Watch focuses on the legendary entertainers as they watch and critique different Netflix titles.

The first instalment of the series, also hosted by The Vivienne, was a tremendous hit with viewers. Each episode, the UK season one winner was joined by various guest stars from the Drag Race dynasty including Baga Chipz, Cheryl Hole and Monet X Change.

The US original, created by Fran Tirado, is hosted by Trixie Mattel and Katya Zamolodchikova. Season one sashayed onto YouTube in 2019 while the second, which was recorded in their homes during COVID, premiered in May 2020.

The third season debuted in February 2021 and still features the duo at home, due to concerns over the pandemic, but together in person.

You can watch the first episode of I Like to Watch UK season two with The Vivienne and Lawrence Chaney here on Netflix UK’s YouTube channel or below.