How was Strictly’s first week without Michelle Visage? 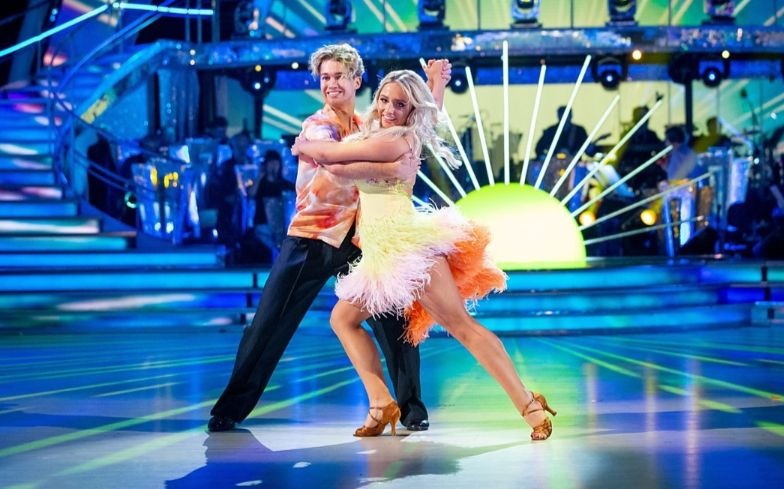 Last week, we faced one of the biggest upsets in the competition when Michelle Visage was eliminated.

This was the show that had to deliver. Blackpool sent many of the celebrities to dizzying heights on the leaderboard, with many of them getting their highest scores of the competition. But on the flip side, in a robbery that could perhaps eclipse that of Shangela in All Stars 3, Michelle Visage was eliminated following a performance she dedicated to the LGBTQ community.

Her routine to Vogue may have captured many of her fans’ hearts, but this didn’t translate wider into the general public. But since her elimination, she has released a powerful statement defending the dance. Let’s hope she’s back to do the Christmas special in a few years time.

However, in her nine weeks of dancing, Michelle Visage won over an army of other fans, many of whom dutifully took to social media to point out how last night’s show would be much better with her around. And you can’t fault them really.

And with Michelle’s elimination last week, this is the last time I can say how she dominated last week’s poll, with her Vogue routine receiving 86% of the point. Only two other celebrities scored votes, with Kelvin Fletcher’s jive scoring 10% and Alex Scott’s paso doble scoring 4%.

Usually, it’s only the specials that contain a pre-show performance, but tonight our favourite flamboyant Italian judge, Bruno Tonioli took to the stage to perform Can’t Take My Eyes Off Of You. With Bruno’s sultry tones, the pink costumes and feathers galore it was all kinds of camp, and we lived for it. Just makes me wish that the judges got more involved with the show outside of the actual, you know, judging.

And it was the perfect antidote to the news that nearly 200 people had complained to the BBC because apparently the sight of two men dancing together is offensive. There aren’t enough eye rolling gifs in the world to respond to those.

In last week’s dance-off, it was Saffron Barker who sent home Michelle Visage, and after this samba it could possibly be her going home next. Saffron certainly had a lot of samba bounce going on, but the dance never really took off, and lacked a lot of energy throughout.

Thankfully, CBBC star Karim Zeroual was able to move the show to new heights. I was surprised that he’d chosen to do contemporary for his Couple’s Choice routine, as it felt like street was the obvious choice for him, but he delivered. The dance was emotional and he moved with an almost serene grace. If he keeps putting in performances like this, he could really walk away with that glitterball trophy.

Up next, it was Alex Scott and the first Argentine tango of the series, and unlike other ones which have been sensational, it was clear that she made a few mistakes throughout. However, that is not to discount her, and she still delivered a pretty solid routine, with plenty of good bits to enjoy. And that 4 from Craig did seem particularly on the harsh side, especially after all the focus on her downstairs area.

Former Emmerdale star Kelvin Fletcher was next to take to the famous floor, choosing to do a street routine for his Couple’s Choice. Like with many of the dances tonight, there were bits to enjoy, but there were also bits that I wasn’t fond of. Wasn’t a bad routine, but not the most memorable in the grand scheme of dances.

After reaching dizzying new heights last week with a score of 37, EastEnders star Emma Barton did drop a little bit, although her quickstep was one of the most enjoyable dances of the evening. There were certainly too many pauses at times, but again this was a dance that should’ve scored a little higher.

The show ended on comedian Chris Ramsey, and he delivered a strong performance for his paso doble. It was a lot better than his tango several weeks ago, but I can’t say I rated it higher than Emma’s quickstep, although it probably did deserve higher than both Saffron and Alex’s dances tonight.

Usually, at this point in the competition the dancers take to the floor for a second time, to do a massive group performances. Dancers have taken on the ‘Cha-Cha-Cha Challenge’ or the ‘Paso-Doble-a-thon’, but after last year’s chaotic ‘Lindy-Hop-a-thon’ it was probably best to call that off. And by chaotic, we mean in the sense that the scoring was everywhere, and no one knew who scored what for several minutes.

Like last week’s show, it was both Karim and Kevlin who topped the leaderboard, and there were also two people on the bottom, with Saffron and Alex scoring the same. This left Emma on the lower half of the leaderboard, with Chris in the upper half.

This leaves Saffron and Alex both at risk, and with both of them having the same score, it’s still up in the air over which one could be most at risk. However, if fans unite behind a particular dancer, it could leave people like Emma and Chris at risk.

And you can watch both leaderboard-topping performances below or by following these links here and here respectively.

Strictly’s next live show is next Saturday (30 November) at 19:10 on BBC One. And if you still need Strictly magic in your life Strictly: It Takes Two will be on every weekday at 18:30 pm on BBC Two, and 18:00 on Friday.