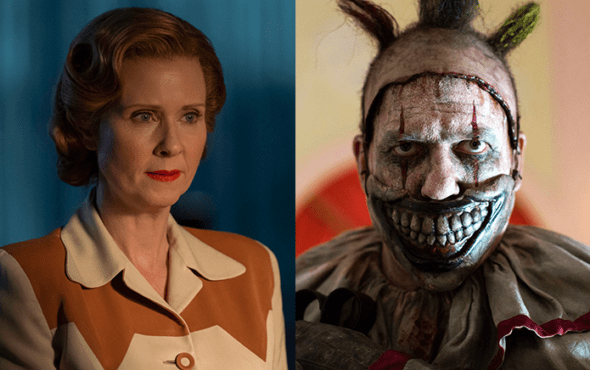 “I tried to watch American Horror Story and only made it through one episode.”

If you’re expecting Cynthia Nixon to hop from Ratched to the next season of American Horror Story, then prepare for disappointment.

In a recent interview with Collider, the actress said she’s not overly enthusiastic about joining the long-running horror anthology series, like many previous collaborators of creator Ryan Murphy, because she’s too scared.

“I tried to watch American Horror Story and only made it through one episode, I was so terrified by it,” she admitted. “So, I don’t know. Working with Ryan Murphy in general? Absolutely.”

The legendary Sex and the City star continued: “I’m not sure it will be American Horror Story but who knows? I didn’t think that a character like Gwendolyn would be my forte either but Ryan Murphy thought differently.”

Ratched is Nixon’s first project with Murphy, aka the overlord of LGBTQ+ media, who is also known for creating shows such as 9-1-1, American Crime Story, Feud, Glee, Nip/Tuck, The Politician, Popular, Pose and Scream Queens.

The series, which serves as a prequel to the classic One Flew Over The Cuckoo’s Nest villain Mildred Ratched, follows the title character (Sarah Paulson) as she arrives in Northern Carolina to seek employment at a leading psychiatric hospital.

Nixon stars as Gwendolyn Briggs, the press secretary and campaign manager for the governor of California, and Ratched’s main love interest. The series has been renewed for a second season, so Nixon is expected to return.

Although Ratched received mixed reviews, it hit the number one spot in 50 countries on Netflix – watch the trailer below.