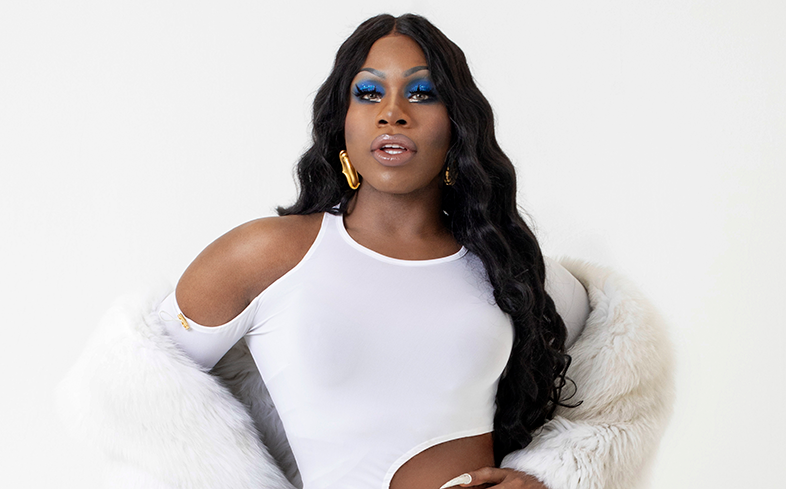 “I have Miss Congeniality and I have the same crown and sceptre so he has nothing to say.”

Monét X Change is down for a winners season of Drag Race, and there’s one specific former champion that she wants to beat.

When we spoke with the All Stars 4 winner for the March issue of Gay Times, we spoke about her historic induction into the Drag Race Hall of Fame and potentially becoming the first drag queen superhero on screen.

But of course, we had to ask if she would return in the future to battle it out against some of the most legendary Drag Race queens in a winners season. It hasn’t been confirmed, and it might not ever happen, but we can dream right?

“Absolutely, just so I can fucking beat Bob,” she told us. The two queens are best squirrel friends, and they host a podcast together called Sibling Rivalry, but there’s always been an element of healthy competition between them (like with all sisters).

Back in December, Monét celebrated her first ever Drag Race challenge win, to which Bob responded: “Win a season then come talk to me.”

When we said to Monét that Bob officially has nothing against her in the winning department, she said: “Nothing! First of all, I have two crowns, I have Miss Congeniality and I have the same crown and sceptre so he has nothing to say.”

Now this is a showdown we’d love to see…