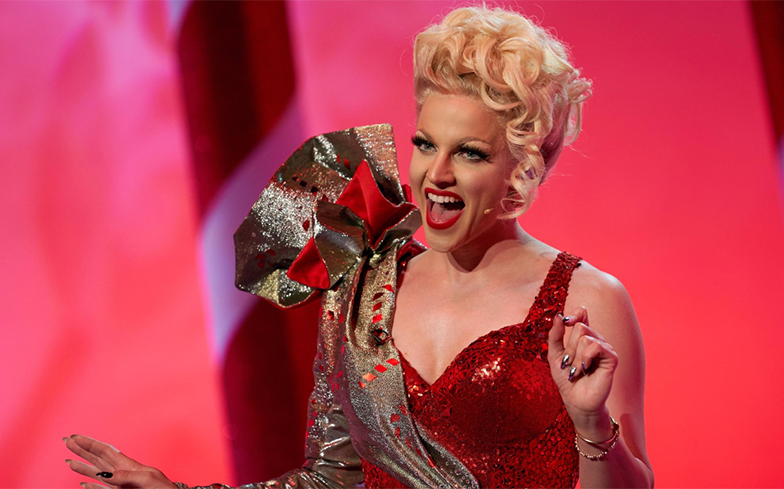 Courtney Act has revealed when and where you can watch her upcoming Christmas Extravaganza.

“Twas the night before Christmas and on @Channel4 The Courtney Act Christmas Extravaganza saves you from bore!” she told fans on Instagram. “It will be on the telly at 11:05, so gather family around to get into the vibe!”

She also said: “This is my childhood Christmas wish come true, I hope you enjoy it!”

Back in October, we caught up with Courtney on the set of The Bi Life – a ten-part series focusing on a group of bisexual, pansexual, fluid and questioning single British individuals – and discussed the stigma that surrounds the bisexual community.

“‘Oh, are they always gonna be looking? Is the grass always greener?’” said Courtney. “You could say that about any human. It’s not just because of gender.

“If you’re in a relationship with someone, there’s still a whole percentage of the population that they’re gonna be attracted to, regardless, so it’s more about the fundamentals of the relationship and the understandings and agreements you have in that relationship.”

Courtney explained how The Bi Life – which airs Thursdays on E! – avoids perpetuating those stereotypes.

“Therefore, there’s all these different experiences and people will get to see same sex and different sex attractions and relationships and experiences.”

Make sure to tune into Courtney’s Christmas Extravaganza 11.05pm, Channel 4 on Christmas Eve.