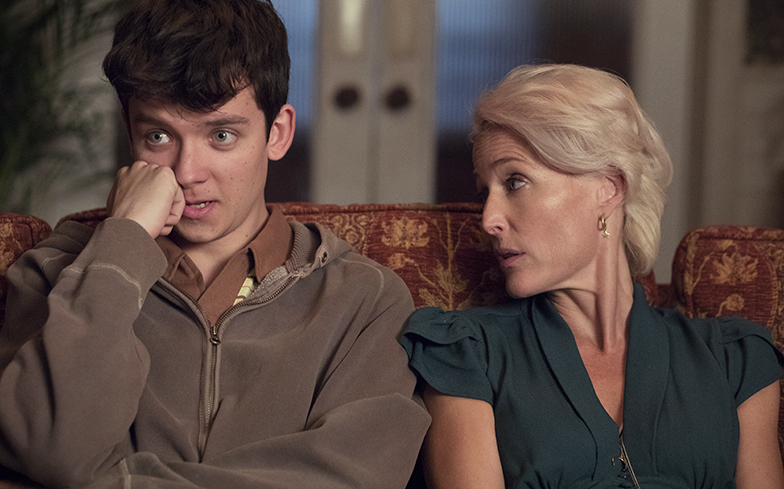 There’s not long to wait for the return of Sex Education.

The coming-of-age dramedy – which follows a sexually awkward teenager living with his sex therapist mother – garnered over 40 million viewers in its first week of release, becoming one of the streaming service’s most successful shows ever.

It also received high acclaim from fans and critics for the cast’s performances, for tackling sensitive subjects and its diverse representation of the LGBTQ community, receiving a 91% approval rating on Rotten Tomatoes.

Now, Netflix have announced that the show will return for a second season consisting of eight new episodes on 17 January, 2020.

In the second season, Otis Milburn (Asa Butterfield) will attempt to control his newly-discovered sexual urges in order to “progress” with his new girlfriend Ola (Patricia Allison). He will also try and build bridges with Maeve (Emma Mackey).

Moordale Secondary will be at the forefront of a Chlamydia outbreak, Eric (Ncuti Gatwa) will explore his new-found confidence, Lily (Tanya Reynolds) focuses on her creative talents instead of sexual endeavours, while Maeve and Aimee’s (Aimee Lou Wood) relationship is at its strongest after the latter’s departure from The Untouchables.

Related: 34 of the best LGBTQ shows you can watch right now on Netflix.

Earlier this year, we rounded up the queerest moments from the first season, such as Eric’s relationship with his father, Jackson’s same-sex parents and that hilarious deep-throat banana scene… Check them out here.

Sex Education will return to Netflix for a second season on 17 January, 2020.