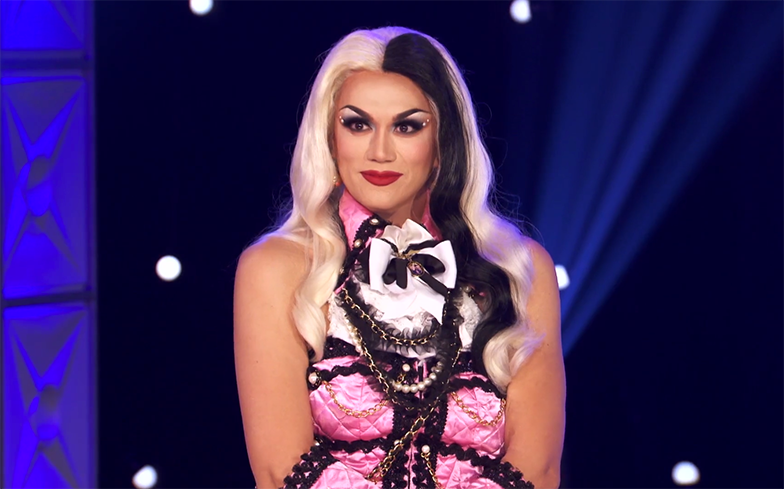 “My goal with this look was to normalize menstruation.”

Manila Luzon stunned Drag Race audiences this week when she sashayed down the runway in a Coco Chanel inspired pink and black frock, but as it turns out, this wasn’t her original lewk.

Last night, Manila shared the outfit she originally had planned, and revealed that production told her to wear a backup because RuPaul said it was in “bad taste”.

“I was really looking forward to wearing this gown that I think celebrates a perfectly normal human experience!” she told fans on Instagram.

“Many of my fans are young women who may feel pressured by society to be embarrassed by periods.

“It’s empowering to teach young women about their bodies, encourage them to celebrate them AND to question people who tell them not to!”

Manila continued: “My goal with this look was to normalize menstruation by looking sick’ning even if I was on my period! Instead, i decided to wear the beautiful quilted dress you saw in the episode because it is not my show, it’s Ru’s.

“But because of Ru, I have my very own platform to speak for myself and show you all my interpretation!’

Honestly, we are gagged. If Manila wore this on the runway, we think it would’ve gone down in HERstory as one of the most sickening lewks to ever grace the main stage. What do you think?

During last week’s episode, Manila wowed the judges and earned her second consecutive win of the season.

If she wins another challenge, she’ll tie BenDeLaCreme for the most main challenges ever won on Drag Race. “Sickening, no?” – Alexis Mateo, 2011.

Next week, the queens will pay tribute to Lady Bunny for The Funeral Roast, and it will be the legendary queen’s first ever time appearing on the show.

The preview for the next episode reveals a jaw-dropping twist. Watch here.