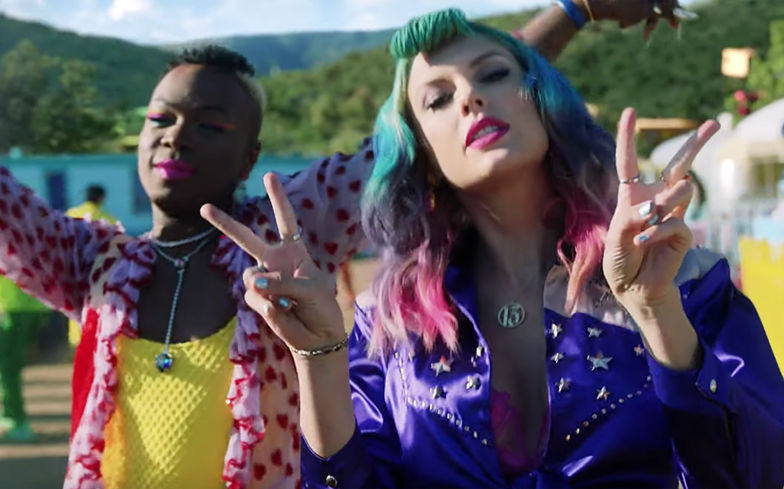 Todrick Hall has opened up about his influence on Taylor Swift’s new video.

The YouTube star, musician and Drag Race choreographer spoke to Access about the creative process of Taylor’s music video for new single You Need To Calm Down, which features a seemingly endless list of queer icons from across the community.

Billy Porter, Adam Rippon, Laverne Cox, RuPaul and the cast of Queer Eye are just a few of the faces that appear – you can see an extensive list of all the cameos here – and it turns out Taylor’s BFF Todrick played a big part in bringing them all together.

“She said ‘I would love for you to be part of the video’ and then she explained to me the concept, and I was already excited, she showed me who would direct it and the aesthetic, and before we knew it I was giving her suggestions of all my fabulous friends,” Todrick recalled.

“We didn’t think that everybody was going to even be available. Her management reached out to a lot of people, but it felt like we were just two friends brainstorming who we were going to put on a skit with.”

He continued: “I’m friends with everybody that was in this video so this was the most fun, and Taylor said this as well, she was like, ‘This is the most fun I’ve ever had on any set in any video in my entire career.’

“The people from her team were like, ‘Todrick, can you get Taylor to come back to our trailer for hair and makeup’, because she didn’t want to leave the drag queens. She was just hanging out with the drag queens all day!”

The clip for You Need to Calm Down, which includes lyrics such as “shade never made anyone less gay”, sees the American singer-songwriter in a glamorous trailer park with several queer icons and allies as an anti-LGBTQ protest occurs.

The video ends with Taylor urging fans to sign her petition for Senate support of the Equality Act on change.org.