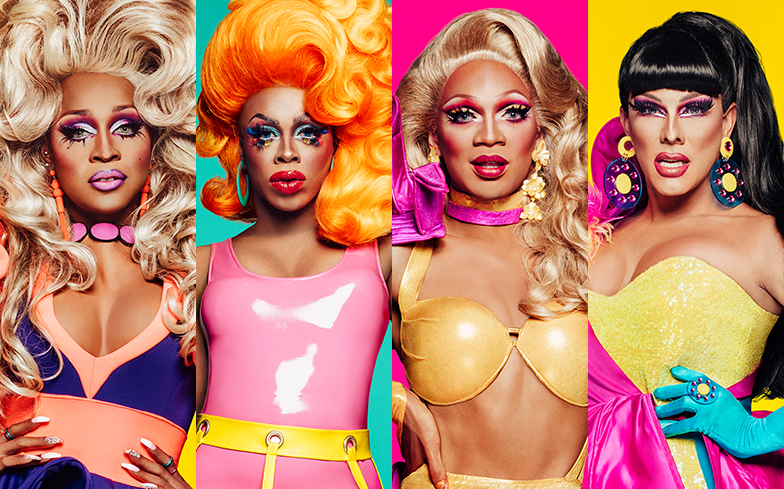 If these queens are as sickening as their drag family members, we’re in for a hell of a season.

Over the course of two hours, the pair unveiled 15 ah-mah-zeng queens from around the United States (and in a first for the show, Canada), and henny, we were positively gooped at how many of these contestants link to past Drag Race royalty.

Check out the queens below and their ties to contestants such as Manila Luzon, Sahara Davenport and Bob the Drag Queen.

Texan queen and recipient of Miss Black Universe and Miss International Vogue, A’keria, comes from a long lineage of Davenport’s. Kennedy, who competed on season seven and became runner-up on All Stars 3, is her drag aunt, as well as season two’s Sahara, who tragically passed away in 2012 due to heart failure. Her fellow season 11 contestant, Honey, is also her cousin. Is she gonna slay as hard as her family? Brooke Lynn Hytes makes history this season as the first queen to hail from Canada. The former professional ballerina of ten years is linked to season 10’s lip sync assassin Kameron Michaels, who refers to Brooke as her “sister”. If she can perform like Kameron, then hooooooney… NYC-based performer Honey Davenport boasts the largest amount of Drag Race alumni in her chosen family, being raised by one of the most legendary performers in the show’s HERstory, Manila Luzon. She is the niece of Kennedy and Sahara, and is the drag mother of current All Stars 4 contender, Monét X Change. She’s also the cousin of A’Keria.

Related to: Coco Montrese (season 5 and All Stars 2)

Coco Montrese has a daughter – who knew? Kahanna even looks like her mother, but can she turn it out in a lip sync like her too?

Related to: Alyssa Edwards (season 5 and All Stars 2)

Plastique Tiara is another addition to the Haus of Edwards, which includes legendary alumni such as Alyssa, Gia Gunn, Laganja Estranja, Shangela and Vivienne Pinay. So yas, we’re expecting kicks, flips and splits if she falls in the bottom two. Shuga Cain has no official relation to previous queens from Drag Race HERstory (that we know of), but once competed in Bob the Drag Queen’s competition, Miss Look Queen, and triumphed. Season 11 winner?