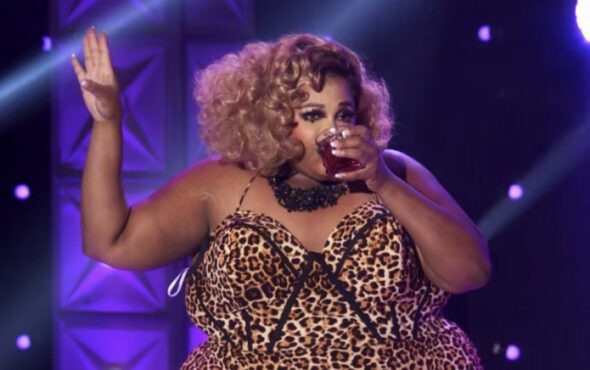 Big Silk came to rock in the latest episode of RuPaul’s Drag Race All Stars 6.

Following weeks of anticipation about RuPaul’s “game within a game” twist, it was ruvealed in the 10th episode that the eliminated queens would compete in epic lip-sync smackdowns for a chance to ruturn to the competition.

A’Keria C. Davenport, who was eliminated after Scarlet, respectfully declined to return.

“I’m sure people will be like, ‘Oh my god, you’re so crazy that you had this second chance and you’re not taking it,'” explained the star. “I still feel like I have a second chance because I can take the things I’ve now learned about myself, that this competition has taught me, and apply that to my next journey in life.”

The queens lip-synced against each other in order of elimination. Serena faced Jiggly, who conquered the showdown and advanced to the next round against Silky.

Big Silk “with the good milk” left viewers slain as she defeated Jiggly, Yara, Scarlet and Pandora. Because A’Keria dropped out, Silky was given a free pass to face Jan – not before delivering an instantly iconic solo lip-sync to Aqua’s 90s hit Barbie Girl in half-male, half-female drag.

Deservedly so, the Doctor Reverend received unanimous praise from viewers and critics, with one fan saying “this really was the Silky Nutmeg Ganache Show”.

On Instagram, Silky said she’s “humbled” by all the love and thanked fans for “all the cash tips”. You can read her post in full below.

You can stream the sixth season of RuPaul’s Drag Race All Stars in the UK on Netflix and WOW Presents Plus.