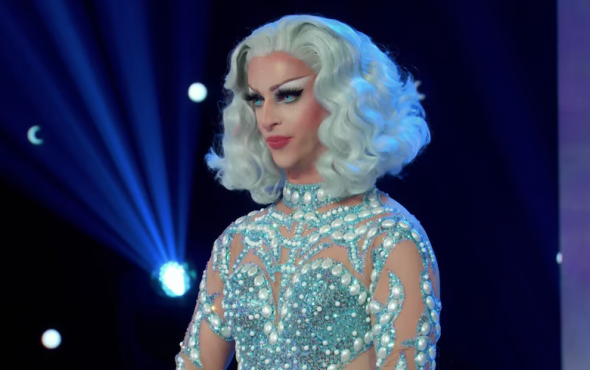 “The one takeaway from this week’s Drag Race is that lip sync was everything!”

Drag Race fans are spilling the mothertucking T on this week’s episode All Stars 5.

Following Mariah’s (unjust) elimination last week by majority vote, the seven remaining contestants ruturned to the werkroom, where Shea Couleé discovered that not one, but two queens opted to send her packin’.

“I’ll be honest: Shea, I voted for you. It was not personal, at all,” admitted Mayhem Miller. “It was the hardest vote. I respect each and every one of you so much as artists and I consider you my friend, but Mariah is like, my sister.” “The next vote for Shea was me, just because I didn’t want to send Mariah home,” added Alexis Mateo. “Personally, I didn’t want to deal with that inside me. I saw Mariah work so hard, and I couldn’t do that to her.”

“So you didn’t think I worked hard?” Shea responded (AND I OOP), to which Alexis continued to explain: “I think you did great, like I said to you before. India was out of the question for me because I think her performance was great.”

Shea called shade over Alexis’ reasoning in her confessional, stating: “India was in the bottom twice, so how is it that India is not even an option, when out of all the girls that remain here, I’m the only one that’s won a challenge and a lip-sync?” “These girls have no idea the kind of game I can play, so let’s have some fun.” Severe? Up in here? Yas gawd.

The next morning, RuPaul ruvealed the next maxi-challenge for the queens: to work in teams (again) and improv their way through scandalous situations, getting caught in the act by the tabloid TV team from SheMZ!

Like last week, the teams were decided beforehand: Blair St. Clair is paired with Jujubee and her best frenemy Miz Cracker; India Ferrah with Mayhem; and Shea with her new ‘nemesis’ of sorts, Alexis. In the words of Alyssa Edwards, we “smell a stunt”. Blair played an obnoxious, social media-obsessed daughter with Jujubee as her overprotective drag mother, while Miz Cracker stepped into the boots of a shady queen at the centre of a college admissions scandal.

Mayhem embodied a store manager slash former reality star who catches India, a chronic celebrity shoplifter, in the act, while Shea and Alexis played rival stars from The Fake Housewives of Tuckahoe who have been fired for being too fake and trashy.

It was a strange challenge. It was entertainting, that’s for sure. But like previous episodes, it was difficult to decide which queens deserved top and bottom placements. Other than Juju, she kind of owned this challenge. On the runway, the contestants served their finest Camo Couture. The standout for us this week was Shea, who served nosey neighbour-realness in a blue, 60s-inspired camo dress inspired by Coco Chanel and Richard Quinn.

Alexis looked stun too, in a winter camo ensemble while Miz Cracker felt “sexy and strong” in a lewk that Modern Family star Sarah Hyland described as a combination between Ariana Grande and Destiny Child in Surivor.

Shea and Blair – who embraced her inner Mother Nature and Uma Thurman as Poison Ivy – were declared safe. Alexis received positive critiques, as did Juju and Cracker, with the latter earning her first win of the season. India and Mayhem received the lowest marks. After spilling the T in Untucked, the queens met this week’s lip-sync assassin, Morgan McMichaels, aka the “best best friend” of Mayhem. Yep, awkward.

Cracker and Morgan battled it out to Rihanna’s thunderous 2011 dance-pop anthem Where Have You Been, gagging the room with stunt and stunt. It resulted in a double shantay, which meant both of the bottoms could be sent home. Gasp! Ultimately, Morgan revealed the name of her best squirrel friend, Mayhem, and Cracker followed suit: meaning India has another chance to live up to her triumphant talent show performance and prove her place in the competition.

Fans had a lot to say about this week’s episode, particularly the lip sync – see below.

THAT was a lip sync #DragRace

Can we appreciate having a decent lipsync song?? Thank goodness 🙏🏽 #AllStars5 #as5 #DragRace pic.twitter.com/8kBSlMBElc

my thoughts of miz cracker before and after the lip sync. she really came trough this episode #AllStars5 #DragRace pic.twitter.com/1UUZcb0jJq

The one takeaway from this week’s Drag Race is that lip sync was everything! @miz_cracker

@morganmcmichael that was fucking killer. That is my new favorite lip sync in drag race herstory! You and @xoSonique had me up out of my seat in season 2 and I was out of my seat again. @TheOnlyMayhem I’ve loved you for years thanks to mickeys you tube. The Party isn’t over 4 u

Tonights lip sync had me dying!!! OMG! Not the skip it! #dragrace

that lipsync between @miz_cracker and @morganmcmichael was everything. Also they looked like they planned their outfits 😍 @RuPaulsDragRace

However, some viewers didn’t think the showdown warranted a double shantay.

/this/ is the lip sync y'all r doing a double win for ?? #dragrace

Am I the only one who was underwhelmed by that lip sync?!? #DragRace #AllStars5 pic.twitter.com/OKSXrtmQgj

Congratulations to @morganmcmichael for pretty much dominating that lip sync. #DragRace

you’re supposed to declare the drag race lipsync a tie when they both do amazing like brook v yvie, not when they deliver a less than mediocre performance. rigga morris!! #dragrace #allstars5 #rupaulsdragrace

Next week, the six remaining queens will play… the Snatch Game!

Like All Stars 4, the contestants will be tasked with wooing two celebrity guests, Tommy Dorfman and Jeffrey Bowyer-Chapman, with their most hilarious celebrity impersonations.

All four episodes of RuPaul’s Drag Race All Stars 5 are available to stream in the UK on Netflix.