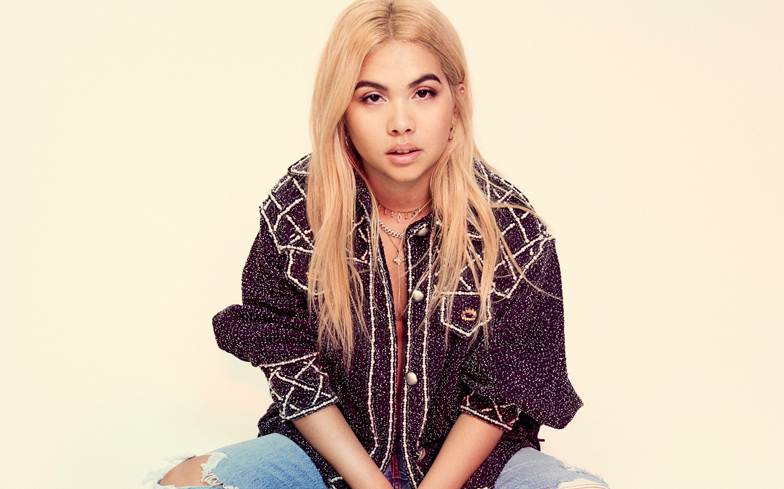 The star also felt she should be doing more to support the LGBTQ community.

Hayley Kiyoko, aka ‘Lesbian Jesus’, has said she initially wanted to reject the label of lesbian, but accepted it in order to help normalise the identity for others.

Speaking at the Billboard and Hollywood Reporter’s Pride Summit, she said: “I didn’t want a label at all, but once I released my music, there was this out pour of support for the fact that I did like girls. I learned that by embracing my label as a lesbian, I was helping normalise that for so many other people.”

Hayley also shared her fears that she wasn’t doing enough to make the LGBTQ community more visible. “Sometimes you get overwhelmed: I’m not doing enough, I’m not saying enough, she said.

“I just focus on keeping people alive. If you can inspire hope and give light when people are in that darkness, they will help you make this world a better place.”

Earlier this year, the singer said she refused to tone down her sexuality when she was releasing music. In an interview with i-D Magazine, she said: “My sexuality, loving myself and expressing my love for others is not something that’s negotiable. There’s no toning that down because this is who I am and this is what I experience. I can’t change that.

I still have a lot of room to grow as a person and think that anyone being brave, bold and willing enough to stand up for what they believe in and protest is really inspiring.”

In an interview with GAY TIMES last year, Hayley reflected on her sending of a tweet that would define 2018. “It’s our year, it’s our time,” she wrote to her huge following. “To thrive and let our souls feel alive.” It read like a prophecy from Lesbian Jesus herself. And then came the hashtag that cemented the tweet as legendary. #20GAYTEEN.

“I had no idea that it was going to catch on and that people were going to continually post about it and talk about it,” Hayley tells us, reflecting on its undeniable popularity in LGBTQ internet culture. “It’s almost become the mantra of the year. It’s been a fun year. Obviously the world is going through hard times, so it’s been nice to have some lightheartedness with my fans and being able to share that mantra with them. It makes them feel good and proud of who they are.”