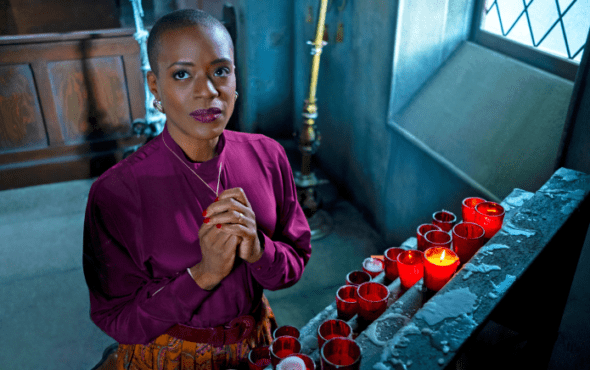 “It was really that simple”

In a new interview with The Guardian, T’Nia Miller discussed her journey, coming out as a lesbian and LGBTQ+ representation.

The actress revealed that an “arsehole” husband helped propel her to live her truth.

“…] by the time he started being an arsehole I realised: I have two kids, I’m a little older and I don’t give a shit about social pressure, so I’m going to start dating women. It was really that simple,” she says.

When it came to her coming out to her mother T’Nia Miller also describes the experience as “easy”.

“It’s just about me having really good friendships and beauty in my life,” she explained to her mother.

The discussion about her sexuality didn’t continue after coming out.

“That was it. We never had more of a conversation than that. If she has any issues, they were hers to deal with, not mine. She knew that.

“She’s a very educated, very well-read woman. For her coming to terms with was easy,” she continued.

Miller also opened up about the importance of representation and her first introduction to LGBTQ+ people.

“I’d never seen a queer person on TV and I didn’t know any queer people at all until I got to college. I used to travel from the East End to go to college in Notting Hill and that’s where I met my first queer family as it were,” she said.

When it comes to LGBTQ+ representation in the entertainment Miller praises her show the Haunting of Bly Manor stating: “We had that lesbian love story and it was just a given. I think we’re seeing that more in programming and that pleases me. That’s where it needs to be headed.”

She continued: “What I will say is that we need more of it and more differently able-bodied people and different races.”

Related: Bly Manor star T’Nia Miller: “We have a very important role in the media and as entertainers to show the truth