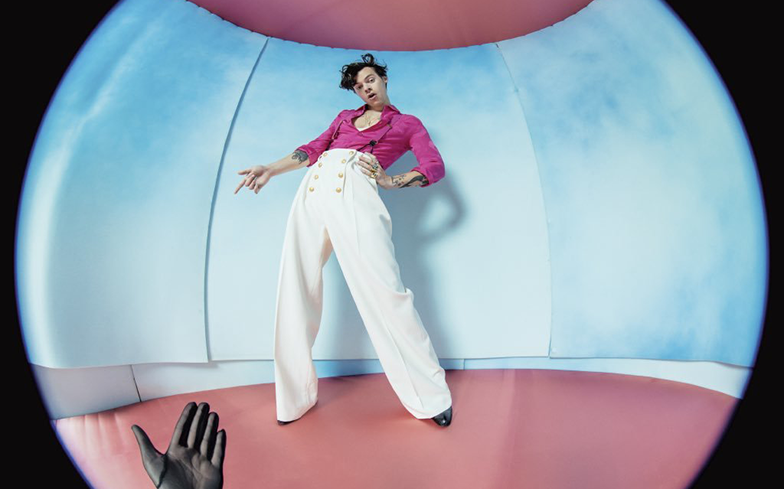 Just in time for Christmas…

Harry Styles has unveiled the title, cover and release date of his second studio album.

The highly-anticipated album will be called Fine Line and is landing 13 December. The album will include Harry’s critically-acclaimed comeback single, Lights Up, which debuted in the top ten in 10 countries and set streaming records.

In a previous interview, Harry said Fine Line will be different from his debut and will be “all about having sex and feeling sad”.

It comes two years after his self-titled debut, which includes singles such as Two Ghosts, Kiwi, Sweet Creature and Sign of the Times, the latter of which topped the UK Singles Chart and has been streamed over 500 million times.

Check out the incredible cover of Harry’s sophomore album, Fine Line, below.

Last week, the star sent fans into meltdown mode when he said he’s up for an appearance on RuPaul’s Celebrity Drag Race.

During an interview with Hits Radio Breakfast (31 October), host Fleur East asked the singer: “Have you heard about the RuPaul’s Drag Race celeb version? I think you need to get involved, Harry.” Harry replied: “Potentially, yeah. Why not?”

When asked what his drag name would be, he said he’d thought about it, but explained: “I don’t know if I’ve ever landed on the one, but I’ll have a think and get back to you. There’s too many options.”