Hands on: Days Gone a blend of apocalyptic misery and zombie chaos 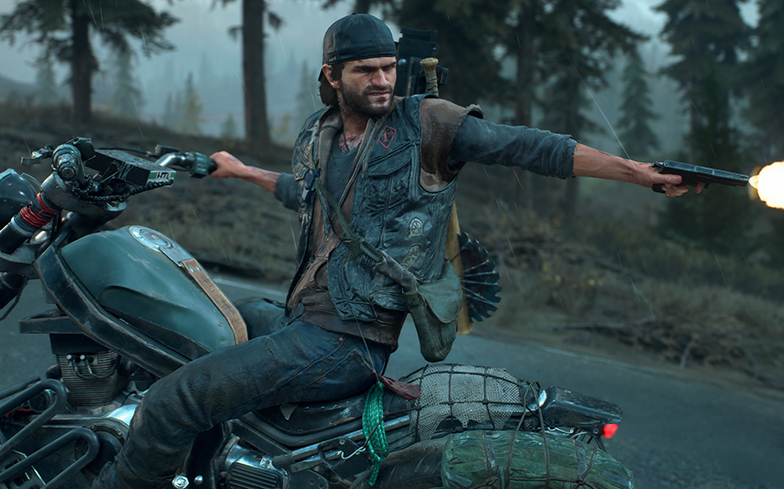 As one of the most anticipated games of the year, Days Gone has a lot to live up to. Fortunately, it’s brutal survivalist gameplay and intriguing plot doesn’t disappoint.

It’s hard to talk about a game like Days Gone without also comparing it to the copious amounts of open world games that have come before it. Each one has it’s selling point; Red Dead Redemption invited players to explore the Wild West, while Horizon Zero Dawn challenged them to take on giant mechanical dinosaurs. Much like the latter, Days Gone also takes us to the end of the world, but sets itself apart by throwing hordes of undead creatures into the mix – and when we say hordes, we mean it. One of the game’s biggest selling points is the sheer amount of undead that appear in select danger zones, just waiting to be slaughtered (or slaughter, if you’re not prepared). They won’t appear until later in the game, when you’ve had a chance to get your bearing, and that’s probably for the best.

But first a bit of back story: Days Gone begins with a short cutscene that sees our protagonist, Deacon, rushing to get his injured wife Sarah on board a helicopter to escape the near-apocalyptic chaos taking place below. There’s a spare seat, but he gives it up to stay with his biker buddy Boozer. Fast forward two years, and the men are still working as a team, spending their days killing off the undead and hunting for food. It’s assumed by Deacon (and the player) at this point that Sarah is long dead, although a run-in with members of top-secret organisation NERO offers a glimmer of hope that she may have survived. It’s this mystery, and the prospect of finding out what caused the end-of-the-world scenario in the first place, that’ll likely drive much of the game’s story. As part of the fall-out from whatever disaster or outbreak led to this apocalyptic world, the majority of humanity are either dead or turned into Freakers, the game’s take on the zombie phenomenon which has become a reliable trope in the world of video games. But where The Last Of Us encouraged stealth and strategy, and Dead Rising called for unrelenting hack-and-slash, Days Gone opts to give players more free reign over their play style. An early mission, which sees main character Deacon search for an essential part to fix his trusty motorbike, the player can choose to run in guns blazing, or sneak around the side with a few stealth takedowns along the way.

There are limitations, of course. We regularly found ourselves running out of ammo even when we tried to use it sparsely. Which brings us onto our next point: This game is really hard. We opted to play on the lowest difficulty setting (cast your judgement elsewhere, please) and while we managed to remain alive for the whole three hours we had with the game, certain missions proved a serious challenge. After taking down a large group of antagonistic humans in an attempt to save a young girl surviving on her own, we were attacked by a mutated bear that had also fallen victim to whatever virus has been affecting people. That time we ran out of ammo? Yeah, it happened here. Cue 20 minutes trying to take down a bear as it chased us relentlessly around an abandoned town. With nowhere to hide, and severely limited resources lying around, it felt like a real achievement just to get out alive. Situations like this may have simply been frustrating in other games, but in Days Gone, it gives a real sense of survivalism, and most importantly, it never feels like the game’s fault. You got yourself in this situation, so you’re gonna have to get yourself out of it – or make better choices next time. For most of the game, you’ll be tethered to your trusty motorbike, which only adds to the realism of this end-of-the-world scenario. While most open-world games treat vehicles as disposables, where you buy (or steal) another one when needed, Days Gone provides you with just one, and you need to look after it. If it breaks, you fix it; if it runs out of fuel, you’ll have to find some more; if you lose it, you’re going to have to find it. And trust us, you won’t get very far without it. Upgrades to your bike are available as you progress, much like the skill points you can use to improve Deacon’s abilities. The game also has a fast-travel system, but as expected you’ll have to visit new locations before you can go there.

After three hours trying to survive the end of the world, we left feeling a little exhausted. This game is intense, and while it offered a slither of light in a genuinely sweet relationship flashback, for the most part it’s a depressing vision of the future. Sure, we want to come back (and we will as soon as we’ve got our hands on the final game), but be prepared for a bleak experience.