Halsey opens up about bisexuality in GLAAD acceptance speech 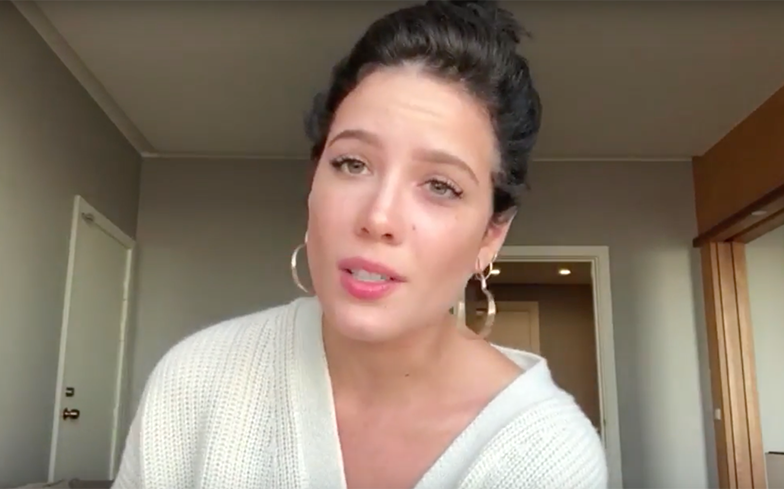 “I’m a young, bisexual woman, and I’ve spent a large part of my life trying to validate myself.”

After winning Outstanding Music Artist at the 2018 GLAAD Media Awards, Halsey has opened up about her bisexuality and told fans that she’s “working really hard to be a better representative of the LGBT community.”

The American singer/songwriter delivered a moving speech in a pre-recorded video, where she admitted: “I’m a young, bisexual woman, and I’ve spent a large part of my life trying to validate myself to my friends, to my family, to myself – trying to prove that who I love and how I feel is not a phase.”

Halsey also revealed that she’s tried “really hard to find the courage this year to write female pronouns” within her music.

Last year, after the release of her bisexual anthem, Strangers, with Lauren Jauregui, she told Zach Sang: “I was thinking to myself, if I want this song to be believable, it needs to be real.

“So I’m not going to put a girl on the song to sing who’s straight. I’m just not going to do it. So I reached out to Lauren and she came in and she cut the vocal and it sounds awesome.”

The Bad At Love star also delivered statistics on homelessness within the LGBTQ community in her speech.

“It’s estimated that up to 40 per cent of homeless youth are minors who are part of the LGBT community. Many of them have been ostracised by their families and from their communities because people don’t agree with their ‘lifestyle’.”

She added: “I beg you to go home and to check out your local homeless youth services and see if they offer anything targeted towards the LGBT youth. See how you can get involved.”