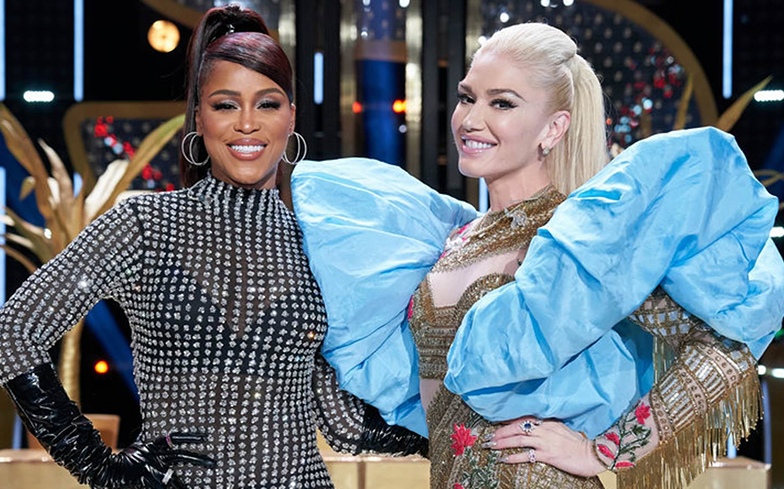 Gwen Stefani reunited with Eve for the first time in years on last night’s episode of The Voice US.

To commemorate the 15th anniversary of her debut album Love. Angel. Music. Baby, Gwen performed a medley of the album’s iconic singles such as What You Waiting For, Hollaback Girl and Rich Girl – the latter of which featured Eve.

(We’re mad Gwen didn’t perform Cool aka her magnum opus but we’ll let it slide because the performance was brill.)

Before their on-stage reunion, Eve told reporters: “It’s the 15th anniversary, which is nuts, which means I’m old. Honestly, it was so fun to get back with Gwen. It’s always nice to see her, and we always fall right back in, it’s weird.”

The two also collaborated on the legendary hip-hop anthem Let Me Blow Ya Mind, which won a Grammy Award.

Love. Angel. Music. Baby has received widespread acclaim since its release back in 2004. The album sold over 15 million copies worldwide and earned six Grammy nominations – including Album of the Year and Record of the Year.

Hollaback Girl became Gwen’s first chart-topper in the United States and made history as the first ever single to sell one million digital copies. The album’s other singles also charted in the top ten in numerous countries worldwide.

Her sophomore album, The Sweet Escape, was released shortly after and featured singles such as Wind It Up, 4 in the Morning, Early Winter and the title track, which currently stands as her most successful single globally.

She has since released two more albums, This Is What The Truth Feels Like (2016) and You Make It Feel Like Christmas (2016).

Watch Gwen and Eve reunite for a medley of What You Waiting For?, Rich Girl and Hollaback Girl below.