Gus Kenworthy transforms into every character on American Horror Story: 1984 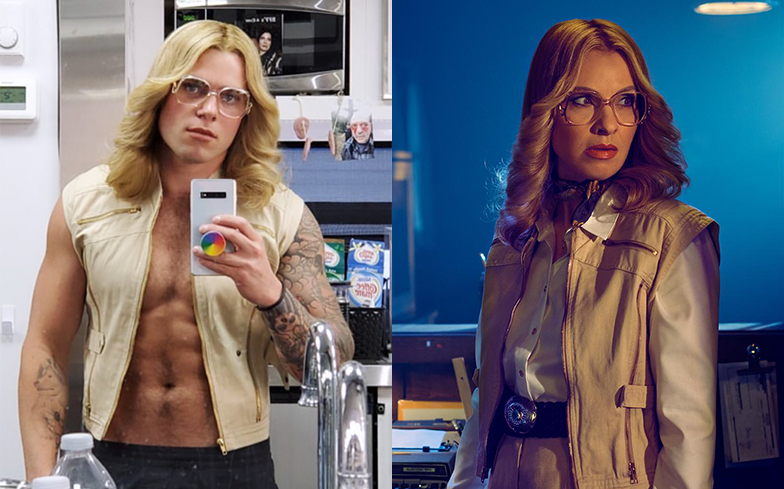 The athlete recently made his acting debut in the ninth season of acclaimed horror anthology series American Horror Story, 1984, as Chet Clancy, an ex-Olympian with a drug and alcohol addiction and tendency for angry outbursts.

His fellow co-stars were living for his transformations. “Omg. This is brilliant!” said Fern, while Ross wrote: “This is how you pay homage to black characters without doing black face! Thank you for coming to my ted talk!”

Roberts said it was “iconic” and Lourd joked: “STEALING WIGS AND HEARTS!”

1984, follows five teenagers who become camp counsellors for the summer to escape the wrath of a serial killer called The Night Stalker. There, they encounter a lunatic called Mr Jingles who slaughtered nine people at the camp 14 years prior.

The next episode of 1984 airs Wednesday in the United States on FX. It will premiere one day after in the UK on Fox.

Related: Ryan Murphy reveals how many seasons of American Horror Story there will be.