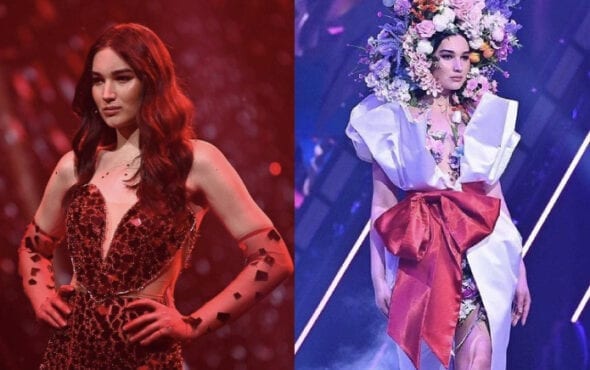 Germany’s Next Top Model has crowned its first-ever transgender winner in the latest series.

Alex-Mariah Peter, a 23-year-old from Cologne, took home the title on Tuesday’s (25 May) season 16 finale.

As the winner of the show, Peter is awarded a €100,000 cash prize and a cover and spread in German Harper’s Bazar.

During the episode, Peter gave a speech to host Heidi Klum and opened up about why she should be Germany’s Next Top Model.

“I always thought at the beginning that my story has always been told when you hear my voice,” she said.

“I am a trans woman, yes. But first and foremost I am a woman. Being different is much more normal than we admit to ourselves.”

When it comes to LGBTQ+ winners in the Top Model franchise, Peter is the second trans woman to take home the title. In 2015, trans model Loiza Lamers was named Holland’s Next Top Model.

Before Tuesday’s finale, Peter opened up about how she got to the final four in the competition.

“I think I made it this far for the same reason why the other girls are now at this point with me,” she said.

“Due to diligence, perseverance, ambition and perhaps a pinch of luck.”

Fans of the series have since gone to Twitter to express their excitement for Peter and her history-making win.

can we please talk about germany’s next topmodel 2021 winner alex’s statement: “yes i’m a transsexual woman but first of all i’m a woman” 💪🏻🏳️‍🌈 #gntm pic.twitter.com/pFnGsK6XFg

Ladies and Gentlemen: She IS the moment #gntm pic.twitter.com/9LV7WsytvK

i’m actually crying… i’m so proud of alex. i don’t know what to say, this is amazing. i’m speechless 💖🪐 #gntm

alex mariah, the first transgender woman to win germany’s next topmodel! this makes me so happy :‘) congratulations queen #gntm pic.twitter.com/EtsDDTdmyR

May I present to you the first Transgender Model winning Germany’s next Topmodel #gntm pic.twitter.com/q42MGO4dXb