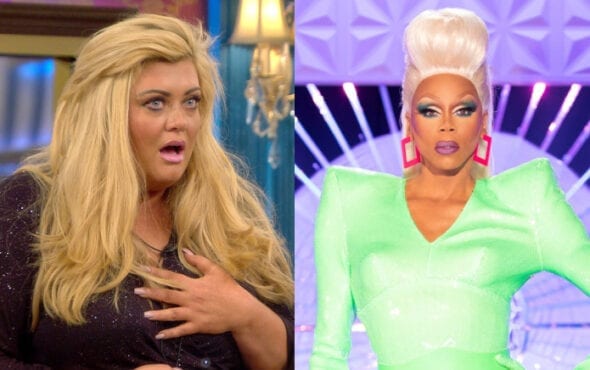 Gemma Collins will be sashaying her way to RuPaul’s Drag Race UK.

Although the reality star is not much of a gamer, as witnessed from her iconic run on Celebrity Big Brother, she has been confirmed to judge the most sickening game of all – Snatch Game.

A source told the Daily Star: “Everyone is thrilled Gemma agreed to be part of the new series. She is a dream signing. Snatch Game is all about having a laugh, so Gemma is perfect for it.”

RuPaul will introduce 12 (!) more queens to British audiences in early 2021, following the monumental success of its debut season, which saw The Vivienne triumph as the UK’s First Drag Race Superstar.

The Emmy Award-winning host will be joined once again by Michelle Visage, Alan Carr and Graham Norton. The only other guest judge who has been confirmed is Dawn French.

During an episode of Jessie Ware’s podcast Table Manners, the comedian – who’s best known for her role as the Vicar of Dibley on the beloved sitcom of the same name – said: “Here’s a little scoop I’m going to give you. “Also, because we’re so excited about it and can’t keep it a secret, we wanted to share the news now that there is going to be a third series as well. It’s been a huge hit for us and we love it as much as you do so we’re delighted that we can continue our relationship with World of Wonder and can bring even more Drag Race to BBC Three.”

Fenton Bailey and Randy Barbato, World of Wonder Co-Founders and Executive Producers, said: “Sashay away 2020. 2021 is just around the corner, and with it not one but two seasons of RuPaul’s Drage UK. We are thrilled to be doing our part to make 2021 much betta!”

While we wait for season two, check out our list of ten sickening queens that we’d love to see sashay into the werkroom.