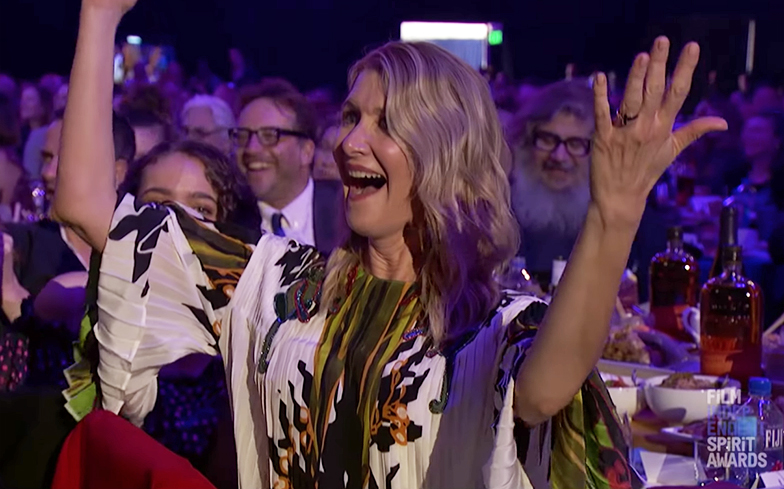 This is what we needed today.

Laura Dern’s tribute song has finally been given the club remix treatment and whew, we are slain.

At the 35th Independent Spirit Awards last month (8 February), the Gay Men’s Choir of Los Angeles were invited to “shine a spotlight on some of the gayest moments in other films that you may not have realised were gay”.

The list included Idina Menzel in Uncut Gems, Octavia Spencer playing a history teacher in Luce, Renee Zellweger’s press tour for Judy, the women of Parasite, and the kid from Marriage Story (probably one day).

The choir were even joined for an epic finale by former Glee star Alex Newell, and it’s clear that the Academy Award-winner loved the tribute, as she was seen in fits of laughter before standing up and swaying to the music.

Because Laura’s impact knows no bounds, her tribute has been turned into a massive dance remix thanks to Quinn Coleman, Greg O’Connor, and the Perry Twins – and all the proceeds will go to the Gay Men’s Choir of Los Angeles. Gay rights indeed.

With Gaga blessing us with a pop comeback, Nicki Minaj proving to be the best judge in Drag Race HERstory and Laura Dern receiving a dance remix tribute all in the same week, it’s safe to say the gays have been well and truly fed.