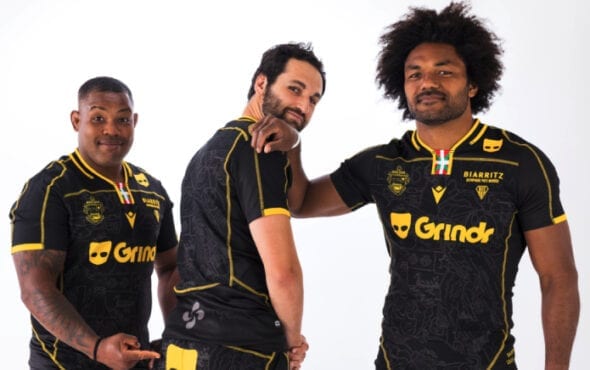 Grindr has announced a new sponsorship with the French rugby club Biarritz Olympique.

“Grindr is excited to partner with JB Aldigé and the Biarritz Olympique Pays Bsque Rugby Club,” the statement reads.

“The club has outspoken against homophobia and has committed to Grindr to continue its work to increase inclusivity and acceptance in the league and rugby overall.

“Grindr for Equality is an ever-evolving mission to help LGBTQ+ people around the globe. Our path wide-ranging initiatives impact communities large and small on issues that matter to them the most: safety, sexual health, advocacy and more.”

Within the forthcoming sponsor deal, the second-tier club will receive one million euros a year and will wear the logo on their uniforms.

The sponsorship is expected to take place next season and last for four years.

The Biarritz club is no stranger to standing up for LGBTQ+ rights. Earlier this month, the team shared a message calling an end to discrimination.

“Today and every day, the LNR is calling for the end of discrimination against LGBTQ+ people a cause we hold close to our heart. We will continue to carry the universal values of rugby which are equality, respect and solidarity,” the caption said.