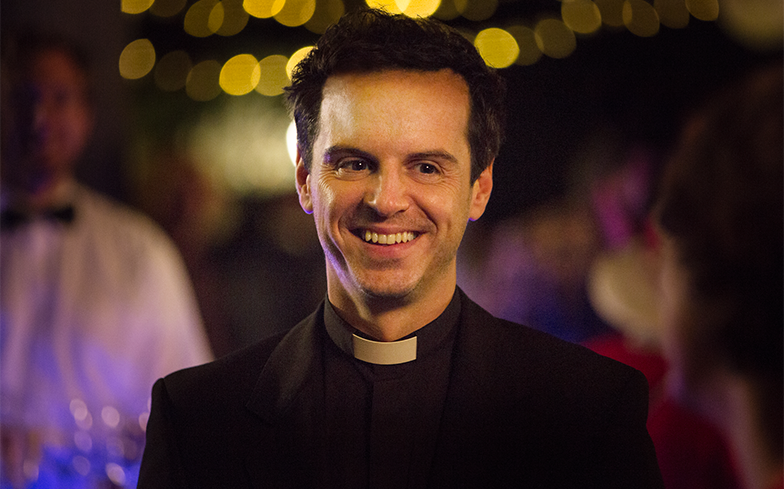 “It implies a defiance I don’t feel.”

Andrew Scott has an issue with being called “openly gay”.

The Irish actor, who gained international recognition for his role as Jim Moriarty in the BBC series Sherlock and as the “hot priest” on Phoebe Waller-Bridge’s comedy drama Fleabag, says the term does not reflect who he is.

“You’re never described as openly gay at a party – ‘This is my openly gay friend Darren’, ‘She’s openly Irish.’ It implies a defiance I don’t feel,” he said in an interview with British GQ Magazine.

Scott also dismissed the idea that LGBTQ actors can’t play heterosexual roles, telling the publication: “Sexuality isn’t something you can cultivate, particularly. It isn’t a talent… You believe the relationship, that’s my job.”

The star previously told The Huffington Post: “It’s not remotely difficult for me to have chemistry with Phoebe Waller-Bridge and that goes for a lot of women I’ve played opposite. It’s ludicrous and almost insulting to say otherwise.

“The most important thing is that you have a real chemistry with the person you’re playing opposite.”

Scott said there “hasn’t been a particularly level playing field” in the film industry when it comes to roles.

“I can only speak for myself, but I think it’s very important that all of us are able to imagine acting is about being empathetic: what is it like to be in someone else’s shoes?” he continued.

The second and final season of Fleabag debuted earlier this year to widespread acclaim. It subsequently received five Primetime Emmy Award nominations including Outstanding Comedy Series and Outstanding Actress in a Comedy Series.

Scott can next be seen in the upcoming war film 1917 and Amazon’s romantic comedy anthology series Modern Love, which will explore “love in its multitude of forms – including sexual, romantic, familial, platonic, and self love.”

Related: The lead character on Fleabag just came out as bisexual.