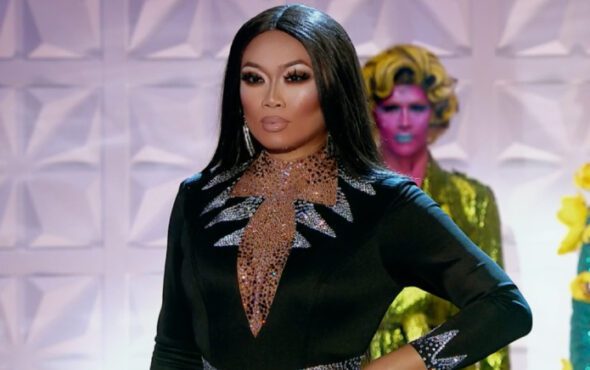 Two years after the celebrity spin-off sashayed onto our screens and saw legendary Drag Race alumni transform various stars into drag queens, the series has finally been confirmed to return later this summer.

Ahead of its premiere, VH1 unveiled a sickening new trailer that teases “top secret identities” and previews explosive main stage performances, while revealing the “Queen Supreme Mentors” to be none other than Brooke Lynn Hytes, Monét X Change and Jujubee.

The nine celebrity contestants will undergo drag transformations before competing in lip-sync smackdowns and, in the end, only one will be crowned “America’s Next Celeb Drag Superstar”.

While the season one celebrities were ruvealed at the beginning of each episode, season two will follow a similar format to The Masked Singer by keeping their identities under wraps until they’re eliminated.

In a statement, VH1 said this allows viewers to “focus on their charisma, uniqueness, nerve and talent”.

Jujubee’s run on the show means she has now appeared on five different versions of Drag Race: the US version, All Stars, Drag U, UK vs the World and now Secret Celebrity Drag Race.

Fans have been quick to sound off about the Drag Race legend making another return to the show.

You can see a round-up of the best reactions below:

The United Nations planning which franchise Jujubee will compete on next:#dragrace pic.twitter.com/uNeFwb66sV

The Gauntlet has been completed, full Jujubee power has been activated! ✨ #DragRace pic.twitter.com/2jrEFIHxcC

Jujubee going to do another RuPaul TV show pic.twitter.com/Es6yHe6xh0

Jujubee’s Drag Race is coming next, I just KNOW it #DragRace pic.twitter.com/LcU8JSic9k

RuPaul when Jujubee refuses to do another season of Drag Race pic.twitter.com/bCXBDtJ0Th

We, as a society need to talk more about Jujubee’s teleportation abilities. MCU needs to give her a call! #DragRace pic.twitter.com/jfWGMcPJfM

i'll never get enough of jujubee…. please cast ha in every season of drag race

Me: How many Drag Race franchises will the talented Jujubee compete on?@jujuboston : pic.twitter.com/iyirKnKRK7

Jujubee getting the call for another season of drag race

Now, with a snap of her fingers, @jujuboston will erase half of the RuPaul Drag Race Multiverse.

Jujubee's endgame was never a crown. It was power. https://t.co/68HF8OKyl4

i don't hate this format?

oh, and jujubee getting another drag race infinity stone for her collection, as she should 💅 https://t.co/ImcVP93cP0