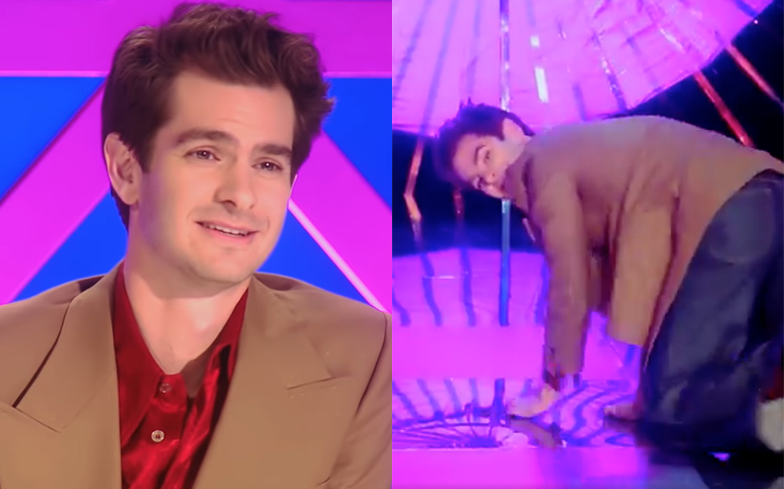 BBC Three have unveiled a behind-the-scenes video of Andrew Garfield on the Drag Race UK runway and it’s… truly something.

The British actor can be seen sashaying and shantaying down the catwalk and embracing his inner feline as he gets down on all fours, licks his hands and crawls back to the exit, where he is met by mainstay judge Michelle Visage.

Unsurprisingly, fans are living for the video. “I don’t think I’ll ever watch anything else ever again,” wrote one fan while another said, “Omg I love him. As long as I have a face, he will always have a place to sit.”

They also praised Andrew’s appearance on the episode, with one going as far to say that he was the “best judge in reality TV ever” and another saying he was “charming, insightful and generous”.

His excellent critiques towards the queens and overall enthusiasm came as no surprise, considering he’s expressed his love for the Emmy Award-winning franchise – and Vanessa Vanjie Mateo – in the past.

Can he come back for every premiere?