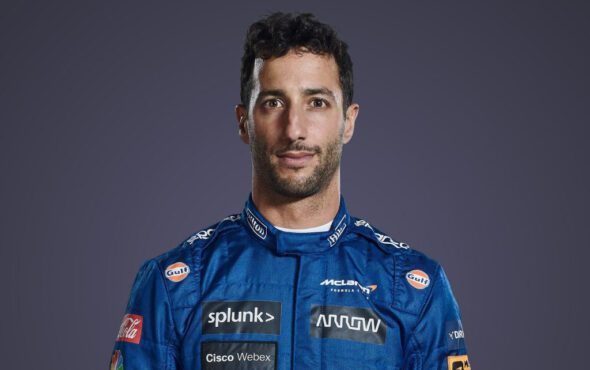 In a recent interview, the 32-year-old Australian was asked about his position on discussing political issues.

Drivers across the globe are currently competing in the Saudi Arabian Grand Prix. The F1 sporting motor racing event took place for the first time on December 5, 2021.

While making a historic first achievement, Saudi Arabia is known for its intolerant LGBTQ+ record and resistance to LGBTQ+ acceptance.

In response to the question, the driver said he doesn’t “watch the news” as it doesn’t leave him feeling better about his day. Due to the “drama” of world events, the sportsman opts to “understand a little of the situation of places we go” on his own accord.

“Let’s say it’s not in my nature to really understand a lot about this. Maybe I am a bit ignorant. Look, when I arrived I know some people said it’s a little bit interesting why we come here and that,” he said.

“When I arrived last night, out of this first maybe five people that saw me and came and said hello and took a photo. Two of them said it is my dream Formula One comes here. They were so happy and excited.”

Homosexuality is currently viewed as a form of “extremist behaviour” in Saudi Arabia, which can be punished by prison time and violence.

Heba Morayef, Amnesty International’s Middle East and North Africa director, responded to the news in a statement that: “Feminism, atheism and homosexuality are not criminal acts.

“This announcement is extremely dangerous and has serious implications for the rights to freedom of expression and life, liberty and security in the country.”

“Daniel Ricciardo demonstrates what privilege is for a minute and a half,” a Twitter user replied to a captioned video of Ricciardo’s “ignorant” response.

“Violations of human rights aren’t “drama” on the news that those affected can choose to turn off – I’m f*cking disappointed @danielricciardo can’t be arsed to educate himself on these “dramas” @McLarenF1 are gonna sweep this under the rug too,” another user shared.

this is so disappointing hearing him say “it’s not my nature to understand” made me so uncomfortable it’s literally the least he could do pic.twitter.com/lpvkc8pLaW

The same account shared upset with Ricciardo but the user also tweeted they “don’t know what [to expect]” after sharing a video of the driver rapping the N-word in a verse from Lil Wayne’s Right Above It.

Professional Formula One drivers Lewis Hamilton and Sebastian Vettel have both previously been outspoken about LGBTQ+ rights.

Earlier this week, Hamilton publicly said he is not comfortable competing in Saudi Arabia due to the country’s anti-LGBTQ+ laws.

The British driver called the repressive laws “terrifying” and called upon Formula One to be more considerate in picking driving locations and in addressing human rights issues.