The Exorcist showrunner rips into homophobes offended by gay kiss 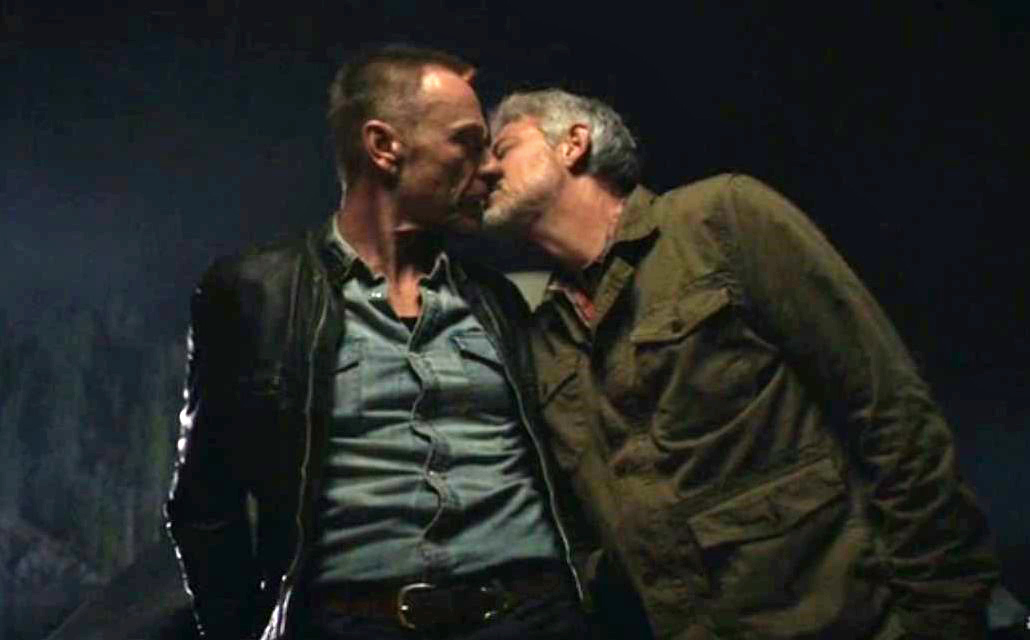 Jeremy Slater doesn’t care if homophobes don’t like The Exorcist.

The showrunner for the Fox TV series, which acts as a sequel to the classic 1973 horror movie, has addressed criticism of a same-sex kiss between former priest Marcus Keane (Ben Daniels) and Peter Morrow (Christopher Cousins).

“I don’t think there was that much of a backlash,” he told Sci-Fi Bulletin.

“I saw a couple of homophobes on Twitter and my response is, ‘Good, fuck you. I’m glad you didn’t like it, I’m glad it ruined the show for you. You shouldn’t have good things in your life.

“If a homophobe can’t watch the show anymore because one of the characters is gay, then I’m glad something good has come out of it.

“This is 2017 and we still have people throwing temper tantrums online because they don’t want to see gay characters. I think it’s the last gasp of a certain breed of dinosaur that’s on the way out – let them kick and scream as they go.”

We couldn’t have said it better ourselves.

Slater also highlighted the importance of viewers being able to see themselves on screen, especially when it comes to older people and bisexual representation, which is sorely lacking on TV.

“We’ve said from the beginning that Marcus is a bisexual character, which is pretty rare on television in general and certainly on network television, where everyone has binary definitions of gay or straight,” he added.

“The response to that moment was 99% positive, from what I saw, and I think the moment meant a lot to a lot of viewers, particularly viewers who aren’t necessarily used to seeing gay representation on TV with older characters.”