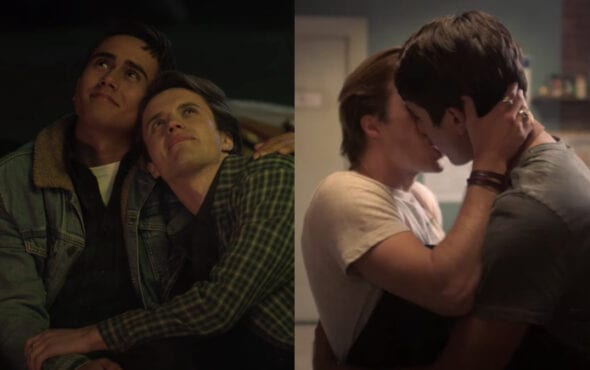 Premiering Friday 18 June in the UK on Star, the season picks up after the events of season one, which saw Victor (Michael Cimino) embark on a relationship with Benji (George Sear) and come out to his mother Isabel (Ana Ortiz) and straight-laced father Armando (James Martinez).

Season two will follow Victor as he attempts to balance his life as Creekwood High’s openly gay star athlete and blossoming romance with Benji, all while his heartbroken ex-girlfriend Mia (Rachel Naomi Hilson) and family come to terms with his revelation.

Other cast members returning this season include Isabella Ferreira as Pilar, Mateo Fernandez as Adrian, Bebe Wood as Lake, Anthony Turpel as Felix, Mason Gooding as Andrew and Sophia Bush as Veronica.

Love, Victor’s first season received highly positive reviews from critics and fans of the original film, Love, Simon, which made history upon release as the first film by a major Hollywood studio to revolve around a gay romance. When we spoke to Cimino and Sear earlier this year to coincide with the first season’s debut on Disney+ in the UK, the former described the new instalment as “spicier” and said it “expands on everyone’s relationships”.

Sear said: “There’s a lot more evolution with their characters. It also goes deeper, for sure. It goes into some other… Yeah, it will be worth it.”

Love, Victor season two premieres 11 June in the United States on Hulu and 18 June in the UK on Disney+. Watch the brand new trailer here or below.