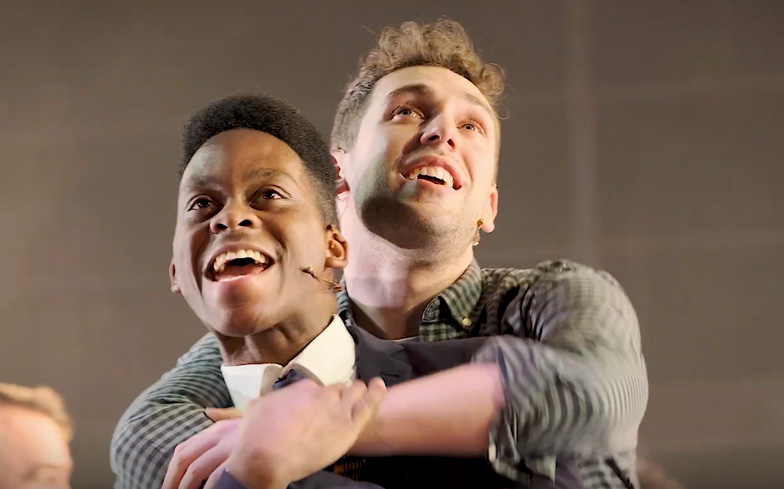 In a Gay Times exclusive, take a first look at the official trailer for the new LGBTQ love story.

Leave to Remain is a tender portrait of love in the face of an uncertain future. Obi and Alex are a young gay couple leading busy London lives. When Alex’s visa comes into question, their relationship takes a turn. Marriage is an option, but the timing isn’t perfect, and it means confronting their families and their pasts.

Related: Kele Okereke interview: It’s not about one voice that speaks for all

Speaking to Gay Times about why he wanted to write the show, Kele said: “These two lovers from different worlds and different cultures coming together, and it surprised me that I couldn’t think of many other examples of interracial gay unions.

“I just couldn’t think of many other examples and that seemed kind of wrong to me. That didn’t seem right, especially in this age.”

His co-creator Matt Jones adding: “The heart of the show is about the fusion of two families from two different backgrounds, and the music itself is a fusion of West African music and a more familiar electro music which feels more London.”

Leave to Remain is directed by Robby Graham (Artistic Director of Southpaw Dance Company and choreographer of the National Theatre’s production of Angels in America) who brings a strong, physical movement vocabulary to the piece.

The show runs until 16 February 2019 at the Lyric Hammersmith.