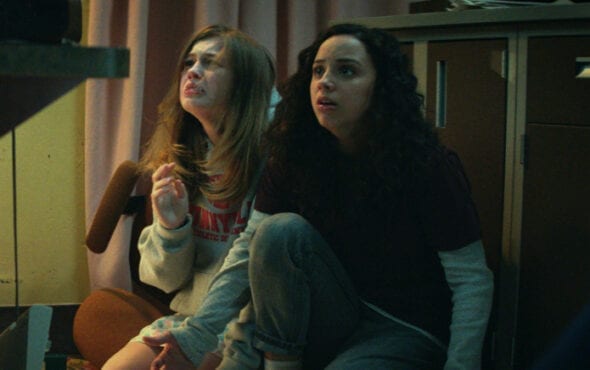 The stars of Fear Street have praised the horror trilogy for ‘centring around a queer love story’.

The first film in the supernatural trilogy, subtitled 1994, stars Kiana Madeira and Olivia Scott Welch as Deena and Samantha, lesbian high schoolers who encounter the ancient evil responsible for a series of brutal murders that have plagued their doomed hometown of Shadyside for centuries.

The following two entries continue their love story while flashbacking to the events of 1978 and 1666. The latter, out this Friday on Netflix, also combines the events of the previous two instalments as the teenagers try and put an end to the town’s curse.

Due to the notorious lack of LGBTQ+ representation in the horror genre, the first two instalments have received widespread critical acclaim and the trilogy’s two central characters, Deena and Samantha, have become the latest fictional queer couple to be championed on social media.

Speaking with GAY TIMES, Kiana says she was aware from the start that the Fear Street trilogy would be “groundbreaking” for the genre and queer visibility.

“All three scripts are cohesive, it’s three movies that are telling one big overarching story. The fact that it’s centred around a queer love story, the fact the protagonists, some of them, are people of colour…” she tells GAY TIMES.

“There’s so many things that make these movies groundbreaking and when we received the scripts, we could tell it was going to be something really special.”

Olivia, a self-described horror buff, agrees with Kiana and says she’s never “seen a movie like this, where two queer women are the lead and save the day.”

“So, I think we both knew that was really special going in. It was something that we were all going to cultivate and love and take care of in the movie,” she adds.

“You never know what the response will be, and so I think seeing the response, it’s been even greater than I could’ve even imagined. I think it’s the Netflix effect of it, where so many more people are getting to see it.” 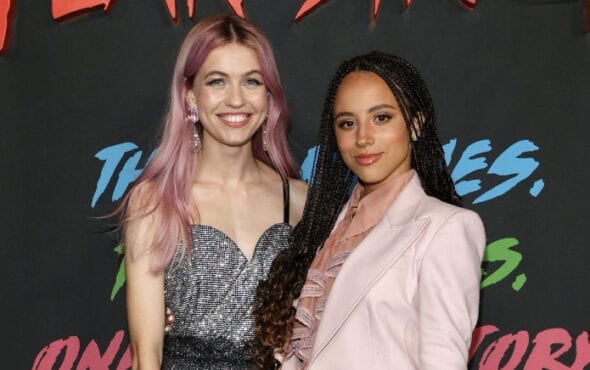 On being the faces of the queerest horror trilogy in history, Olivia admits: “It’s genuinely such an honour. Watching the movie come out was so incredible and the response we’ve been getting from the queer community is so cool and positive.

“Everybody has such a good sense of humour with the movie, and it makes me so proud. It’s been the best time ever.”

Kiana says: “I just feel like our empathy and compassion for these characters continues to grow throughout all the different stages of filming, post-production and then it being released. It’s been an incredible experience.”

Watch the incredible first trailer here or below.