Exclusive: Elektra Fence on that iconic lip-sync and her plans for Snatch Game

Major spoilers ahead for the second episode of RuPaul’s Drag Race UK season 3. 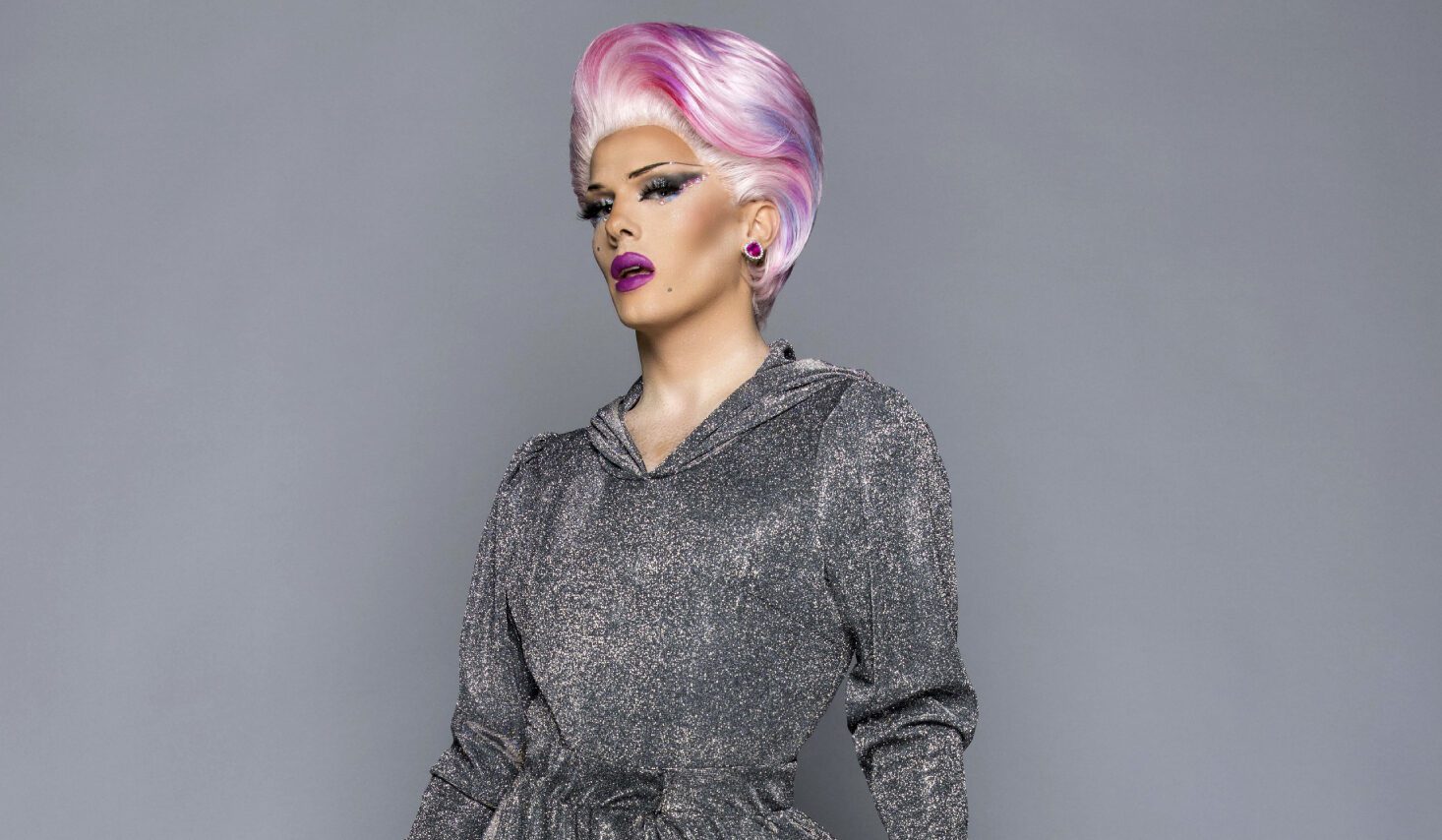 Elektra Fence will go down in herstory as one of the most bonkers lip-sync assassins in all thirteen years of RuPaul’s Drag Race. On last week’s acclaimed premiere of the British spin-off’s third season, the self-described “pocket rocket” sent Anubis packin’ after showcasing her arsenal of kicks, flips, splits and other tricks that reflect her “death defying and electrifying” nature.

And this week, Elektra competed in Drag Race UK’s best lip-sync smackdown to date with Vanity Milan (not a joke! just a fact!) as she deployed all of the aforementioned moves and more, with her “windmill” manoeuvre becoming the second iconic Drag Race UK meme after River Medway’s tribute to Thomas Waghorn. Ultimately, Elektra was unable to conquer over Vanity’s take on M People’s pop classic, Moving on Up, and Superman’s mother (still not over that) became the second queen to sashay away from the series.

“Juno Birch is fumin’. Everyone’s fumin’. I’m loving it. Twitter’s fumin’. Instagram’s fumin’ that I’ve gone home. I’m fumin’! […] I saw a tweet last night, it might have been my own tweet but I saw it, saying my elimination was just like when Ned Stark died in Game of Thrones. That’s what people are saying, the people meaning me,” Elektra tells GAY TIMES, before diving into her epic lip-sync smackdown with Vanity. “I didn’t want to go up against Vanity, I didn’t, because I love her and she deserves to be there. But, I was gonna give it my all as everyone does. I’m glad Vanity won because I wouldn’t want to send her home. I deserve it too, but she deserves it.”

Here, we chat with the future DC star and Hovis ambassador about her time on Drag Race UK, going viral on Gay Twitter and the celebrities she planned to impersonate for the franchise’s staple maxi-challenge, the Snatch Game. In the immortal words of Elektra, “Alright huns, whack that kettle on. She’s gaspin!”

I can’t believe I’m speaking with Superman’s mother. This is the biggest opportunity of my career so far.
You shady bitch. How very dare you. I am Gandalf! We can’t talk about that dress.

That was Michelle Visage’s best ever critique in all 23 seasons of RuPaul’s Drag Race.
They are so shady! Do you know what? I think with a bit of a belt on that dress, I would’ve looked stunning.

I thought it was a gorgeous dress.
You absolute liar.

But the Superman comment…
I’m being read to filth online about that dress!

I know last time we spoke, we talked about you being in a Marvel film one day, but it looks like you’re now in the running to play Henry Cavill’s mother in a future DC flick.
Thing is, DC phoned me just now and they were like, ‘Hi Elektra!’ I was like, ‘Oh god, not DC.’ DC were like, ‘Iya babs, wanna come and play Superman’s mum alongside Scarlett Johansson?’ I was like, ‘What? The woman who plays every role? Yeah I’ll do it.’ That dress is actually on the floor and so is the wig, just down there. Do you know what? I’m gonna get it for ya. Look at her! There’s too much of her to fit in the screen but look at this. Absolutely stunning!

I do love the dress.
Do you wanna buy it?

How much?
How much you got?

I got paid yesterday, so…
Go on then, I’ll give you a discount code: ELEKTRA10.

I’ll have my people call your people and we’ll sort something out.
I’m down for that.

Elektra, in my opinion, that was the best Drag Race UK lip-sync so far…
What about the first one?!

You did things with your body I don’t quite understand.
I’ve never seen Michelle Visage go, ‘What the fuck?’ Did you see it when I was doing the windmill on the floor? She went, ‘What the fuck?’ Have you seen the memes of that move? I am dying. Some of them are like, ‘My spider on the wall when I spray hairspray on it.’ I’m dying. Those memes are killing me. I can’t handle it.

It is now forever embedded on Gay Twitter.
I am Gay Twitter. I saw a tweet last night, it might have been my own tweet but I saw it, saying my elimination was just like when Ned Stark died in Game of Thrones. That’s what people are saying, the people meaning me. But, that’s what people are saying. The Ned Stark of drag. DC, Marvel, whoever owns Game of Thrones, they all want me. 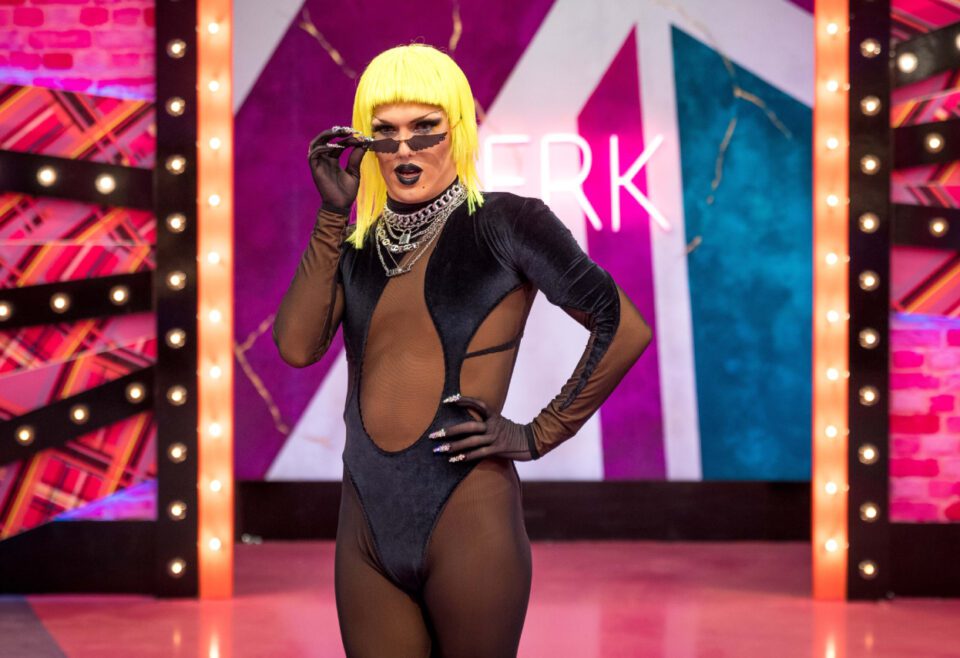 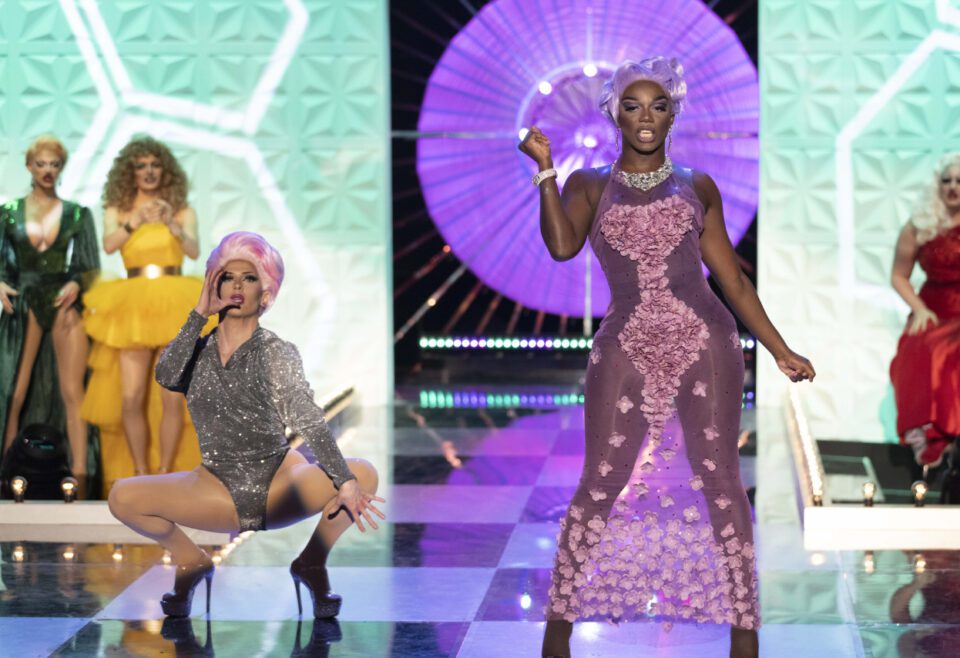 HBO, DC… Are there still helicopters outside your house?
Did you hear that?

Yeah, I did.
The helicopters. Can’t go anywhere. I just can’t leave. All I want is a loaf of bread.

That lip-sync should’ve been a double shantay. I will die on this hill. I was gobsmacked. What was going through your mind when you were facing off against Vanity?
Well I’ve known Vanity for a long time so I was like… I didn’t want to send her home, I wanted it to be a double shantay or for her to send me home. That’s what I wanted. I didn’t want to go up against Vanity, I didn’t, because I love her and she deserves to be there. But, I was gonna give it my all as everyone does. I’m glad Vanity won because I wouldn’t want to send her home. I deserve it too, but she deserves it. Also, I want to do All Stars, so…

You’ve done it twice now, so what is it like lip-syncing on the main stage of RuPaul’s Drag Race?
Alright, rub salt in the wound! Oh, it’s nerve-wracking. The adrenaline takes over. It’s crazy, the feeling you get is mental. Watching the judges watch you is just mental. It’s such a scary, nerve-wracking feeling because I’m like, ‘What’s gonna come out? I’ve got to know these words and I’ve not got long to learn these words so I need to know the words of the song,’ do you know what I mean? It’s so hard.

Do you think you deserved to be in the bottom two?
Oh no… That’s a naughty question. No, I don’t! I should be a winner! They just wanted to go to the pub. Very, very, very, ‘arsh. My runway wasn’t the best, not going to lie. I should’ve done – oh wait, I nearly gave something away then. I should’ve worn a different outfit, but it is what it is. Do you know what, I’m really proud of myself for getting to the show and that’s all that matters really.

There was a really beautiful discussion earlier in the episode about body image, and you opened up about how your boyfriend Charlie was a pivotal part in you accepting your freckles. The scene was one of the most powerful Drag Race UK scenes to date. Have you seen much impact from that conversation on viewers?
Sorry, I don’t want to cry. Yeah, the messages that I’ve received on Facebook, Instagram and Twitter and everything else is amazing. People are opening up about their freckles or their story or their skin, it fills my heart. That was hard to watch, because I’m such a different person now from the show. I’ve grown so much and that was a hard watch because I was looking at that guy on the show talking about his skin and his freckles, and I wanted to hug him and say, ‘It’s fine, you’re beautiful.’ It’s absolutely amazing, the reaction I’ve had. Obviously, I’m on the cover of Vogue next week so… I’m gonna be sat there with my gorgeous sisters, Vanity and Victoria [Scone] and we’re gonna be sat there looking gorgeous. Absolutely stunning.

Is there anything you wish you could’ve shown viewers on the series? Or was there anything that didn’t make the edit that you would’ve liked to see?
That’s a naughty question. I wanted to do the acting challenge, the singing challenge – Snatch Game! I had the best character for Snatch Game. I was either gonna do Jane McDonald or Princess Margaret or Theresa May. Imagine me as Princess Margaret? Actually, I won’t tell you who I was gonna do because I’m gonna be on All Stars. It was so much fun. I wanted to do it all, really. But, it is what it is. Leave them wanting more, as I say. Don’t know who says that, but…

What’s next for Elektra Fence?
There’s a lot coming from Miss Elektra Fence. Keep your eyes peeled. Obviously, I’m going to be on All Stars and obviously I’m gonna be in Vegas and obviously I’m gonna be in a Marvel film, DC, Greggs… It’s all coming in. ‘Oh, hello? Hi! Your majesty? No, I’m busy, sorry.’ She must want me for the Royal Variety. I’m too busy. There’s things I can’t tell you but there is something coming. Expect brunch. I love a brunch. Expect shows. Expect brand deals – Hovis. Expect everything. Expected the unexpected! I am the look queen of season three. 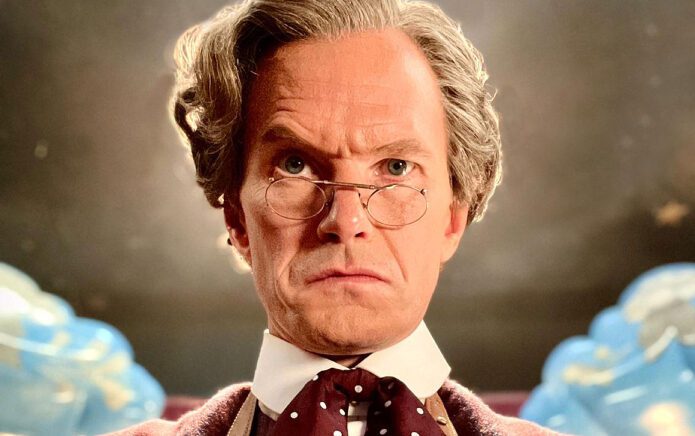 How I Met Your Mother star Neil Patrick Harris set to star in the upcoming season of Doctor Who. 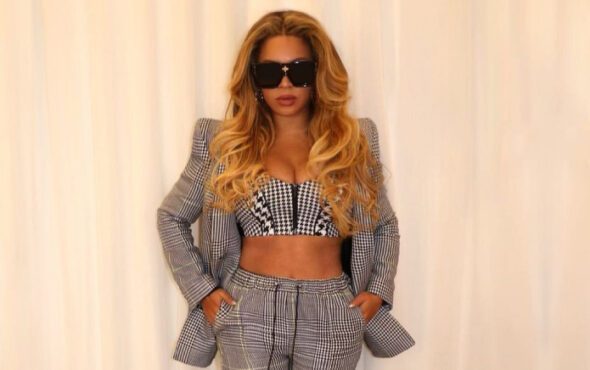