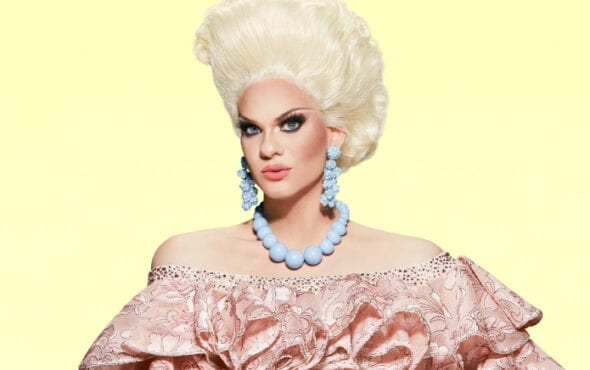 Elliott with 2 Ts has addressed her controversial comments about Symone.

Earlier this year, the RuPaul’s Drag Race star faced backlash from fans and fellow entertainers after discussing Symone’s drag aesthetic during an interview with fellow alumni.

“She is, in a word, Black Girl Magic. That is what she brought. She felt that should be her message,” said Elliott. “But she did it so elegantly. It wasn’t aggressive, it was done with taste.”

Elliott’s comments were accused of being racially offensive, particularly for the use of the word “aggressive”, which is often used to discriminate against people of colour.

Jaida Essence Hall, our current reigning queen, called out Elliott for her remarks on social media, tweeting: “Word of the day: aggressive… Just wow. I’m glad to know that there are some black girls that can be elegant tho.”

Chicago-based entertainer Khloe Couleé, from the Couleé drag dynasty, wrote: “I know one of you season 13 girls needs to check your friend because this is the second time I’ve heard @theelliottqueen say some wild sh*t.”

Word of the day: aggressive…
Just wow. I’m glad to know there are some black girls that can be elegant tho. 🙄

I tried, multiple times on set 🤷

I’m bout to show them what aggressive really looks like

Following her elimination on last week’s episode of Drag Race, Elliott addressed her controversial comments in an interview with Entertainment Weekly.

After hitting out at cancel culture, Elliott explained: “What I meant by that was, in comparison to someone like Eureka O’Hara, Eureka’s drag is larger than life with big shoulders and headpieces, really pageant, and over-the-top.

“Symone’s drag is very fashion model and off-the-runway. I meant that her drag isn’t the same loud, over-the-top drag as someone like Eureka.”

When asked if she meant to say that Symone’s drag is a “subtler display of fashion”, Elliott continued to explain: “Yes, but that word, specifically, because I was referring to a beautiful Black queen, people ran with it.

“Instead of hearing from me, everybody wants to run wild through the town, screaming from the rooftops that I’m this problematic, hateful person.”

Because of the “negativity, hate, death threats, and nasty messages” that she’s received online, Elliott said she’s lost weight and has difficulties getting out of bed.

“I don’t think people consider that when they message me telling me to cause harm to myself. It’s something that the fandom and we as people need to think about and consider. We’re human beings,” she added.

“I have severe depression, and it doesn’t help when I have to read these messages. It also doesn’t help when another queen from my season — who’s also gotten a lot of hate and been bullied online — is pouring gasoline on the situation.

“We’re all different and we all handle things differently, but we have to move on!”

You can read Elliott’s interview with Entertainment Weekly in full here. On this week’s episode, the eight remaining competitors are challenged to make over each other into their own drag dopplegangers.