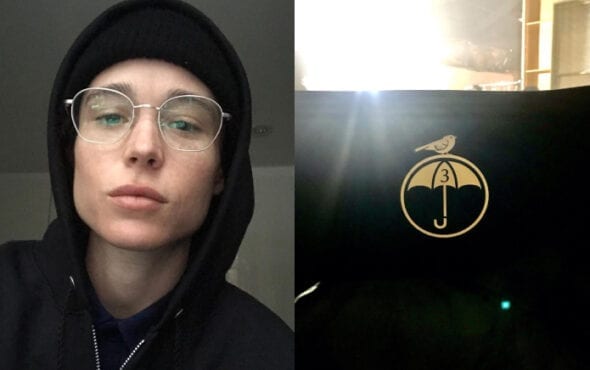 Filming for The Umbrella Academy season three is underway.

In his latest Instagram post, Elliot Page – who plays Vanya Hargreeves in the superhero drama – shared a photo from the first day of set in Toronto, alongside the caption: “Omg we’re back again.”

Like its two predecessors, the new instalment will consist of 10 one-hour episodes.

Last year, Elliot actor came out as transgender and non-binary in a powerful statement on social media, in which he wrote: “My pronouns are he/they and my name is Elliot. I feel lucky to be writing this. To be here. “To have arrived at this place in my life. I feel overwhelming gratitude for the incredible people who have supported me along this journey. I can’t begin to express how remarkable it feels to finally love who I am enough to pursue my authentic self.”

After it was suggested by some fans that Elliot’s character should be recast or changed to fit with his gender identity, Netflix confirmed that this will not be the case, and the star will continue to play Vanya as a cisgender female.

The streaming service also updated Elliot’s name in their metadata across all titles.

The first two seasons of The Umbrella Academy are available to stream right now on Netflix.