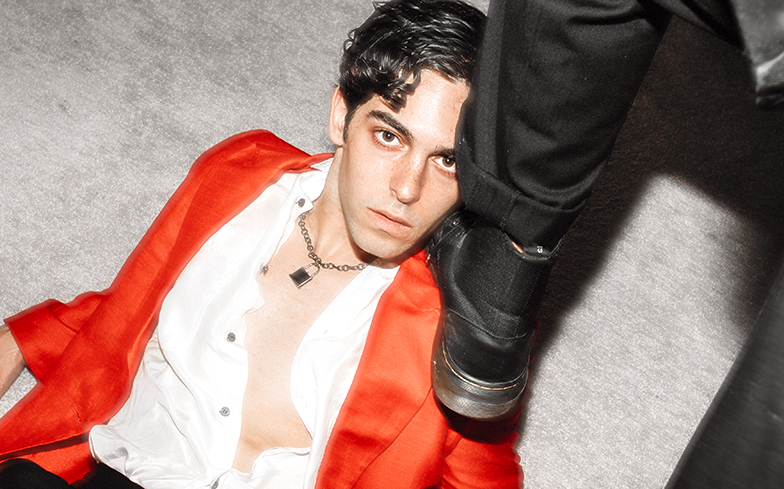 Paying homage to those dedicated fans who follow their favourite rock stars around in the hope of meeting them, the song sees Elliot find empowerment in a one-way relationship, declaring: “I’m not just here for you to use me, I’m not just your groupie.”

Following on from previous track I’m In Love, rising singer-songwriter Elliot describes the new single as “a darker dance track about feeling like I’m always going out of my way to support someone who wouldn’t do the same for me.

“The lyrics speak about a toxic relationship where I feel like a groupie to a rockstar and ultimately serve as a tribute to that era of 70’s music culture.”

Listen to Groupie here or below.

When we spoke to Elliot last year, he opened up about the albums that defined him when growing up and addressed the recent influx of openly queer artists working their way into the mainstream.

“We’re growing to be more open and accepting towards queerness, and because of that people in the entertainment industry are able to say they’re a gay songwriter, or a gay choreographer, or a gay record executive, whereas before we were kind of on our own,” he said.

“Now there’s a sense of community in the music industry so everyone can flourish together. Also, I think people are more interested in it now, there’s this whole side of life that wasn’t spoken about in the mainstream and now people want to hear about it. Just look at Lil Nas X.”