Ellen just threw the ultimate shade at Sean Hayes, and we are LIVING for it 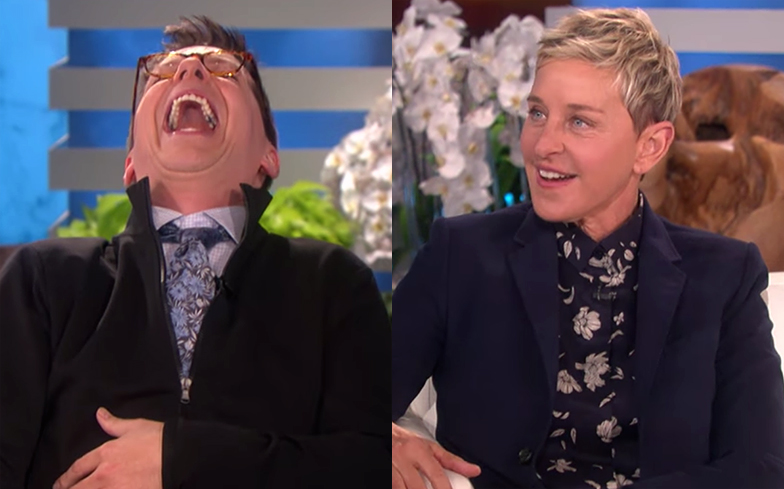 Ellen DeGeneres did not come to play!

During an appearance on The Ellen Show, Will & Grace star Sean Hayes decided to throw a little bit of shade at the hilarious host, which turned their friendly conversation into what Ellen described as a ‘Battle of the Gays’.

When asked how long his show has been on air, Sean took a subtle dig at Ellen by making reference to the fact that her show is celebrating its 15th anniversary, replying: “Longer than 15 [years].”

Not one to take shade lying down, Ellen quipped: “How long was it the first time around, before y’all got cancelled?”

As he (literally) sipped on his tea, Sean replied: “I think it was longer than your sitcom…”

“Yeah that’s right, I had to come out first for y’all to do that sitcom,” Ellen snapped back.

As the audience burst into laughter at the pair’s back-and-forth, she joked: “It’s the battle of the gays up here!”

Can someone give these two their own show now, please?

Watch the hilarious clip below.