How did Dustin Lance Black fare on Question Time? 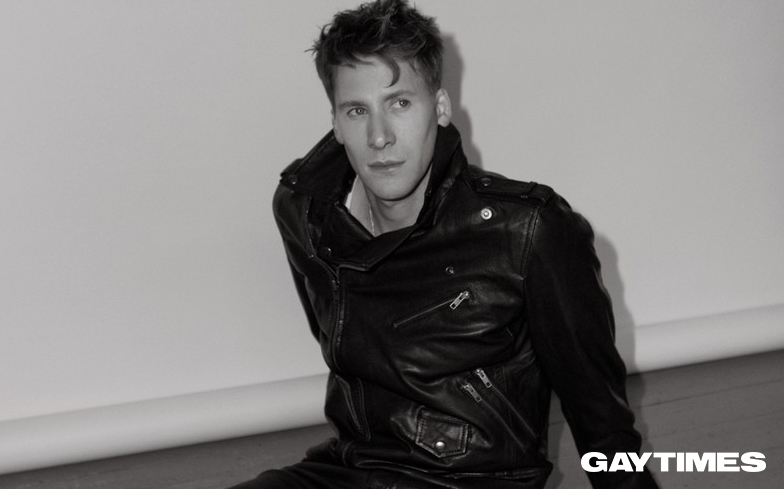 Alongside him on the panel were Culture Minister, Margot James; Mayor of Manchester, Andy Burnham; the Chairman of RBS, Howard Davies; and the former Deputy Mayor for Education and Arts in London, Munira Mirza.

Questions revolved around the collapse of private construction firm Carillion, the amount of money that Theresa May pledged to improve border security at Calais, and the loss of nurses from the NHS.

As the only American on the panel, it wasn’t that surprising that Dustin wasn’t the most knowledgeable on all of the issues, but he certainly raised some very good points, with many of them garnering large amounts of applause and cheering from the audience.

Related: Tom Daley and Dustin Lance Black open up about being bullied at school

He had heaps of praise for the NHS, and stated that he hoped that Britain got a good deal from the EU, although he conceded that he’d be “shocked” if it was. He then got a little “controversial”, by raising the prospect of a second EU referendum, saying “if the deal is a stinker, let the people have a voice.” This comment would go on to be the programme’s most retweeted comment of the night.

It was perhaps on the collapse of Carillion that Dustin raised his most interesting point, saying: “You can’t keep blaming the private company. Private companies are built on profit – that’s what they’re supposed to do. The government is supposed to be looking out for the people!” Dustin then challenged the audience to hold the government that gave away the deals to be held “accountable.”

As expected for any Question Time panelist, his appearance did get some criticism, with some people questioning why he even needed to be on the panel, with others taking aim at his frequent mentions on how he couldn’t vote on Brexit, and how he wanted to make the UK his home. But with the criticism, there were plenty of people who praised his remarks.

Well said Mr American- The government IS SUPPOSED to be looking out for the people, rather than the self interest and positioning of their own opportunities when they leave politics or as a side benefit. #bbcqt

I suddenly really love Dustin Lance Black (whoever he is), for pointing out the reason people pile up in Calais is because they see Britain as a beacon of liberty & equality & we should treasure & reinforce that, rather than diminishing it! #bbcqt

Dustin seems to have some clear ideas #breathoffreshair #bbcqt

You'll never guess who dived 💦 into the debate about #bbcqt tonight…@TomDaley1994 was a big fan of @DLanceBlack… 💗 pic.twitter.com/KP2ZvrG3Il

And as the programme wound down, Andy Burnham raised a very interesting prospect by saying that Dustin should run for US President. Well, there’s something we’d be in support of, if he manages to beat Oprah for the nomination.

Dustin may not have been the best panelist in Question Time’s history, but he was more than capable of holding his own, and articulating his points across. He raised very valid points, and it’s safe to say that his appearance on the show wasn’t a misstep.

Speaking in the latest issue of Gay Times, Dustin opens up about the inspiration that he finds from unearthing lost queer histories, and his marriage to UK diving champion Tom Daley.

Question Time airs on Thursdays on BBC 1 at 10:45 pm. The show will be broadcast from Dumfries next week.