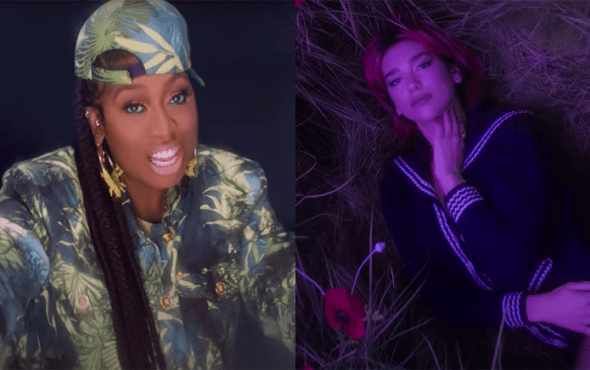 Dua Lipa has shared the video for Levitating (The Blessed Madonna Remix) with Madonna and Missy Elliott.

Shot in London, the visual shows the British songstress as she performs the club-ready, MDNA-esque track in a bedroom solo, before sharing an intimate moment with her boyfriend, Anwar Hadid, in a car. Several queer couples can be seen throughout the video, including a girl who spies on her love interest from afar.

The song, which was remixed by DJ The Blessed Madonna, is the first single taken from Dua’s upcoming remix album, Club Future Nostalgia, which will also include a new version of her acclaimed power-pop anthem Physical with Gwen Stefani and Mark Ronson.

In an interview with Zane Lowe for Apple Music, Dua said she collaborated with the queen of pop because she’s is an artist that she’s “listened to” her whole life, adding: “Her career trajectory as well has been something so inspirational and the momentum that she’s kept and the way that she’s grown with her music.”

Speaking about Missy’s participation, Dua continued: “I jumped on the phone with her and we had a little talk and she really just does stuff that she really believes in, so that I felt it was such a massive compliment for me, for her to be so inspired by the remix and the track, and to want to be a part of it and be a part of this mixtape.”

Levitating (The Blessed Madonna Remix) is now available on streaming services – listen here on Apple Music and/or watch the fierce music video below.

Club Future Nostalgia is due for release 28 August.