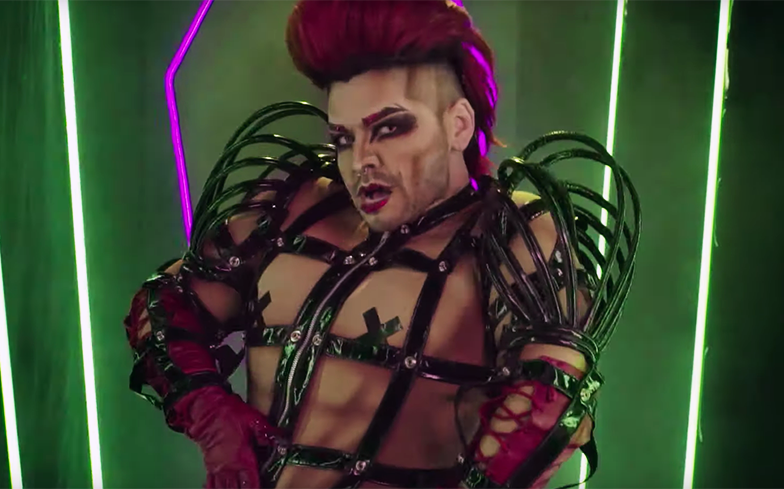 The third season of Dragula hasn’t even aired yet, and it’s making history.

This year, the horror-themed drag competition will feature drag king Landon Cider, meaning this will be the first time the art-form has been represented on reality television in the United States.

In an interview with The Advocate, Cider said of his groundbreaking casting: “I am a proud cis woman, lesbian and drag king.

“AFAB drag performers share the same length of history with queens, fill our communities with incredible artistry, and I am honored to be just one in an infinite sea of talent. Hollow and I are shattering glass ceilings.”

“So grab a shard, AFABs, cause we’re all coming for blood! Forever grateful to the Boulets for sharing a variety of voices on the platform they’ve built for all the queerdos. This season is one not to be missed and it’s just the beginning!”

Brad Danks – CEO of OUTtv – said in a statement: “The Boulet Brothers’ Dragula is different, dramatic and daring.

“The Boulet Brothers have created a series that is unlike anything viewers have seen before and we are thrilled to be working with them on a new season of the show.”

It will premiere on Amazon Prime on 27 August – watch the trailer below.