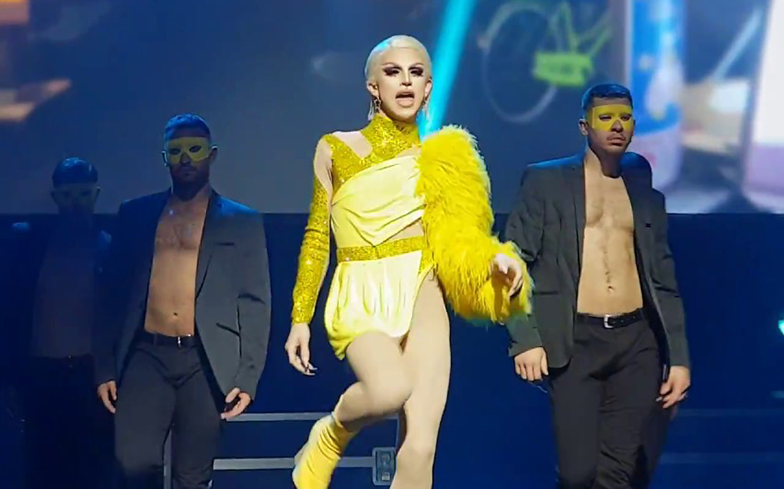 Werq the World Tour is returning to London next year with its biggest show to date.

The queens will embark on a mission to the sun to save our solar system from a dark entity intent on harnessing its power. We’re so happy this issue is finally being addressed!

Drag Race judge Michelle Visage will also be guiding the audience through the universe for a dynamic display of the wonders held by each planet and its regal sovereign… Yeah, we’re curious about that part too.

Tickets for the tour will go on sale 19 December, with pre-sale on 17 December. Monét X Change and Naomi Smalls are currently starring in the fourth season of Drag Race All Stars, which premiered last week.

It also stars sickening queens such as: Manila Luzon, Latrice Royale, Gia Gunn, Jasmine Masters, Trinity Taylor, Valentina, Farrah Moan and Monique Heart, all of which are competing for the second time (and in some cases, third) to win the title of America’s Next Drag Superstar.

The next episode of All Stars 4 will see the return of season three contestant, Stacy Layne Matthews, who will feature with the contestants in RuPaul’s brand new supergroup, Hennies. Living? Yes we are.

Check out our review of the premiere here.