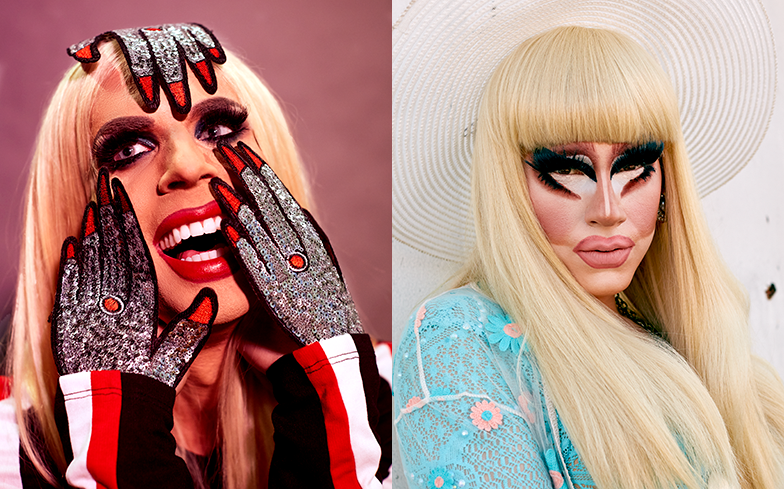 “I want to publicly condragulate Miss Trixie Mattel not because I think she “should have won” but because Brian is my brother and I love him.”

RuPaul’s Drag Race star Katya Zamolodchikova has condragulated her comedy partner and BFF, Trixie Mattel, on her All Stars win.

The season seven fan-favourite Russian hooker – who placed runner-up on All Stars 2 – has refrained from posting about the latest gag-worthy All Stars instalment, due to her recent admission that she relapsed on meth and experienced a “complete total psychotic break from reality”.

“I have a confession to make: I have not watched all of All Stars 3,” she tweeted. “I was in the damn loony bin.”

Katya then had nothing but praise for the newest inductee into the Drag Race Hall of Fame: “But I want to publicly dondragulate Miss Trixie Mattel not because I think she “should have won” but because Brian is my brother and I love him. & I’m sad I couldn’t be there for him.”

She continued: “Drag Race is a microcosm of the Real World. The man behind the mask of Trixie is one of the realest I’ve known because he has never judged me and never lied to me even once that I am aware of. That is the true gift of friendship and it lasts forever. I love him so much. For real.”

Last week, Katya bravely opened up about her hiatus from drag, explaining that she “couldn’t tell what was real or not real.”

When someone close to Katya filed a restraining order, she hit “rock bottom”. After experiencing “hallucinations, visions, auditory hallucinations” in the “form of God”, she resorted to a rehab centre – Serenity Care – and claimed it “rocked her world”.

On why she quit drag, she admitted that she “wasn’t being paid enough” and didn’t “have enough time to sleep”.

You can listen to Katya open up about her battles with addiction on Whimsically Volatile.

Now that Katya has returned to the spotlight, fans have wondered whether she’ll reunite with Trixie Mattel on their critically-acclaimed Viceland series, The Trixie and Katya Show.

However, Bob the Drag Queen was announced as Katya’s replacement for the five final episodes, and there’s been no mention of a return from the All Stars 2 finalist. But don’t worry, Gay Times will keep you updated.

The Trixie and Katya Show airs Thursdays on Viceland.