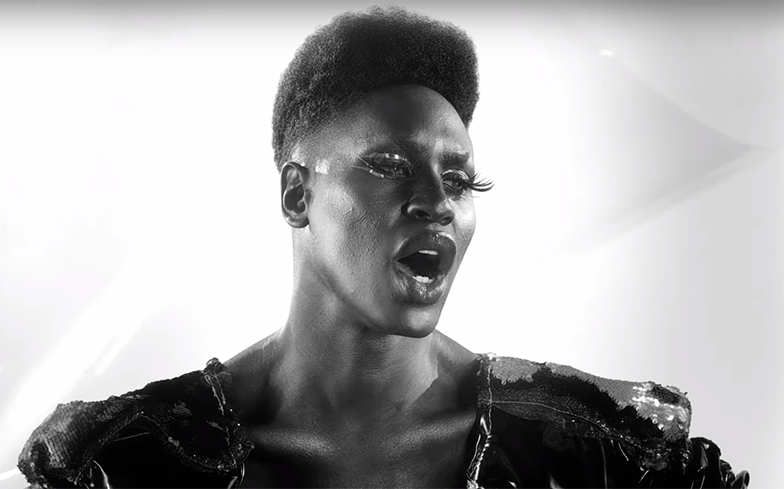 This is one of our favourite videos of the year.

Shea Coulee and GESS have dropped the cinematic visual for their atmospheric R&B track Rewind.

Directed by Sam Bailey – co-creator of Brown Girls – the video sees the former Drag Racer at their most vulnerable, in and out of drag, as they reflect on on a failed relationship with powerful, apache-inspired choreography.

In an interview with Billboard, Shea said this was their opportunity to showcase their diverse dance skills and musical range, because fans have only seen “this high-energy, dance-y, confident music” from the star.

“The only relationship I ever had, other than the one I’m in now, he suffered from bipolar disorder and he wound up taking his life,” they said of the song’s inspiration. “It’s such a weird heartbreak because there’s so many unanswered questions.”

“When you don’t quite get closure, you dream about different scenarios of where it could’ve gone, what you could have done, and you try to rewind this narrative oftentimes so it happens with more of a happy ending — but that’s not always the reality.”

Watch the video for Shea Coulee and GESS’ video for Rewind below.

When we spoke with Shea earlier this year, they opened up about their non-binary identity.

“I would say I probably started to question it maybe two or three years into drag,” they admitted. “Doing it full-time, there’s all these elements of feminine presentation that we do in our art-form that didn’t feel presentational, it felt authentic.

“That’s when I started to realise that I did not land on the gender binary spectrum. Through research and reading about other gender non-conforming and non-binary people, I started to understand.”

Shea also revealed if they’re interested in returning for an upcoming season of Drag Race All Stars – read here.