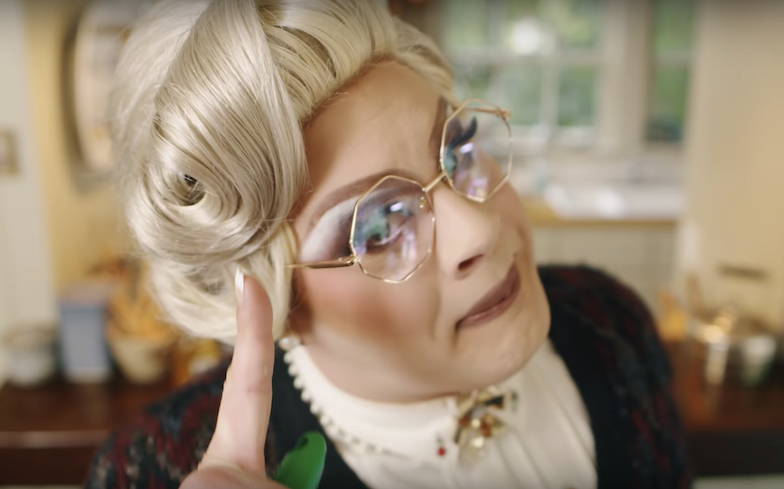 Nina West has unveiled her first ever music video for Drag Is Magic.

The legendary queen and former Drag Race star – who was controversially eliminated in sixth place on the show’s 11th season two weeks ago – released an album after her departure, aimed at children.

With the ten-track album – also called Drag is Magic – Nina aims for children to “dream big, be kind, and be their perfect selves”.

In an interview with The Huffington Post, Nina said of the video: “I am just a big kid at heart, so this was a natural progression for me and for the character of Nina West. Also, there is nothing like performing for an audience of kids!”

In the hilarious clip, Nina teaches children the true meaning of drag through a Mrs Doubtfire-esque persona and later, through her own classic style of drag, surprising the kids as she jumps out the television.

It’s everything we wish we could’ve had as children – watch below.

This week’s episode of Drag Race will see all 15 queens from season 11 reunite to spill some T and throw some shade at their fellow competitors. If the last two seasons are anything to by, it’s gonna be a bitchfest.

The following week, A’Keria, Brooke, Silky and Yvie will compete for the title of America’s Next Drag Superstar in a massive lip sync showdown for the crown. Hopefully there’ll be no live animals this time…