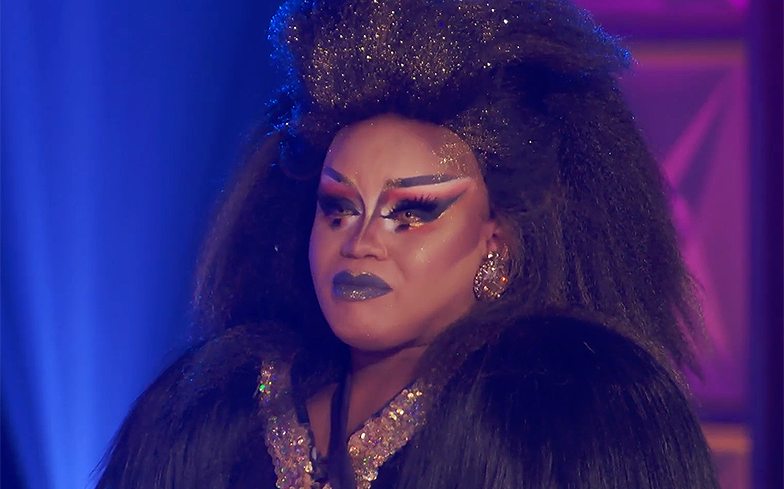 “Being an immigrant in the US is hard.”

Mercedes Iman Diamond revealed some heartbreaking news about her past during the latest episode of Drag Race.

While the queens were preparing for this week’s runway theme, the performer said she was racially profiled “for the longest time” and banned from flying in the United States for years because she hails from Mombasa, Kenya.

She told her fellow contestants: “I used to travel a lot. It was so hard for me to fly that I used to drive state to state for shows. My problem was they put me on a no-flight list. I couldn’t fly.”

When Yvie Oddly asked her why, she responded: “My name and especially what’s going on now these days.”

She later explained in her confessional: “My name sounds Muslim, so they put me on the watchlist. I was like, ‘I’m a drag queen, what do you think I’m gonna do?’ Being an immigrant in the US is hard.”

Mercedes – who is the first Muslim contestant in Drag Race HERstory – later admitted that the constant travelling led to a stroke in the middle of a pageant. “I ended up in a wheelchair,” she continued. “I couldn’t walk. My body couldn’t take it anymore. I lost the whole feeling on my right side. I had to hide from social media. I didn’t want people to see me in public.”

Responding to her story, Yvie said: “I cannot believe we have a man in office who thinks that it’s okay to try and block out more people who bring more culture to this place.”

Elsewhere this week, the queens starred in drag queen parody versions of blockbuster films Black Panther and Get Out. After sashaying down the runway in their finest starsign eleganza, Mercedes was put up for elimination alongside Kahanna Montrese.

The two contestants werked it the fuck out to Britney Spears’ job-hunting dance classic, Work Bitch. Mercedes was then declared the winner and Kahanna was told to sashay away.

The 11th season of RuPaul’s Drag Race – and Untucked! – is available to stream in the UK on Netflix.

Related: Farrah Moan is not here for your criticism: “Walk a mile in my motherf**king Louboutins.”

Related: Trinity drops out of Haters Roast Tour in support of Monét and Ginger.