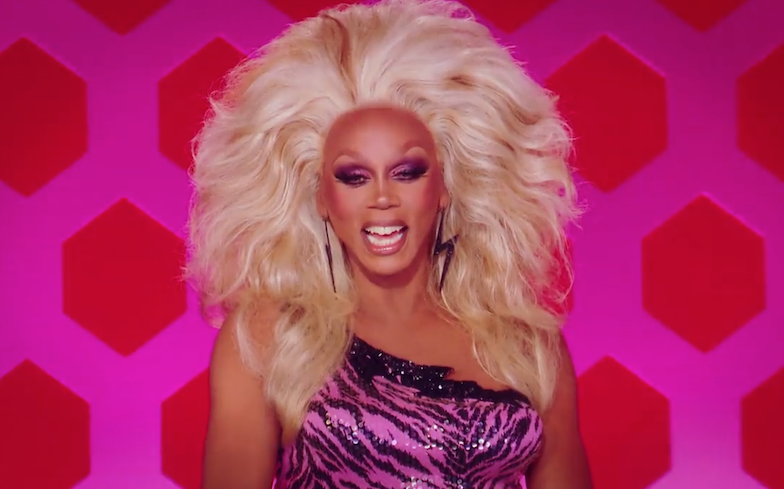 This was one for the HERstory books.

Remember how gagged you were when Alyssa Edwards and Tatianna stomped down the runway in their matching bodysuits to perform Shut Up and Drive? Or when Sasha Velour unveiled her rose petals during her battle against Shea Coulee? Well honey, this week’s lip sync was up there with some of the greatest performances in Drag Race HERstory. PERIODT.

Silky Nutmeg Ganache earned heaps of praise for her impersonation of trans activist and internet personality, TS Madison, ultimately winning her second challenge of the season. Shuga Cain and Nina West also received positive critiques for their performances of Charo and Harvey Fierstein and Jo Anne Warley, landing in the top three.

Plastique Tiara and A’keria C. Davenport were deemed safe by the judges for their portrayals of Lovely Mimi (Love & Hip-Hop) and Tiffany Haddish, while Vanessa Vanjie Mateo, Brooke Lynn Hytes and Yvie Oddly found themselves in the bottom.

Vanjie chose to impersonate viral internet sensation and rapper Danielle Bregoli aka Bhad Bhabie, but according to the judges, ended up portraying… herself. However, she managed to escape elimination, leaving the season’s two frontrunners, Brooke – who flopped as Celine Dion – and Yvie – who failed to generate laughter of any kind with Whoopi Goldberg – to lip sync for their lives.

And honey honey honey, like we said in the headline, like we said in our opening sentence, it was without-a-doubt one of the most fierce performances the show has ever seen. To Demi Lovato’s critically-acclaimed dance-pop anthem Sorry Not Sorry, the queens turned it out with flips, kicks, hair-flips and reveals – with some cirque de soleil-esque stunts thrown in.

Watch below and prepare to GAG.

Shortly after the episode aired, Drag Race fans – and even several of its former contestants – praised the queens on Twitter, with season two and All Stars icon Tatianna stating: “That was mothafuckin better than me and @AlyssaEdwards_1! Congrats @Bhytes1 and @OddlyYvie that was amazing!”

Silky: I WANT TO LIPSYNC AGAINST YVIE SO I CAN SEND HER TRASH DRAG HOME!
*Yvie and Brooke literally destroy that stage*
Silky:#DragRace pic.twitter.com/HY6zmq5C8B

the double shantay being used when two of your faves are in the bottom #DragRace pic.twitter.com/7XKtr6JF2X

THAT LADIES IS HOW YOU LIPSYNC FOR YOUR MOTHA FUCKIN LYYYYFFFFEEEEE #DragRace pic.twitter.com/a07XJH4G6v

The BEST lipsync since As2!!!!!! #DragRace pic.twitter.com/Yov2weJAkQ

Ru: “Shantay you both stay.”

One of the worst Snatch Games of all time followed by one of the best lipsynchs of all time
🗣 #Shantayyoubothstay#DragRace pic.twitter.com/HvR4y7HPOl

When rupaul said Shantay you both stay #DragRace pic.twitter.com/tGih12V6jI