Drag Race airs its most dramatic reunion yet – but whose side were you on? 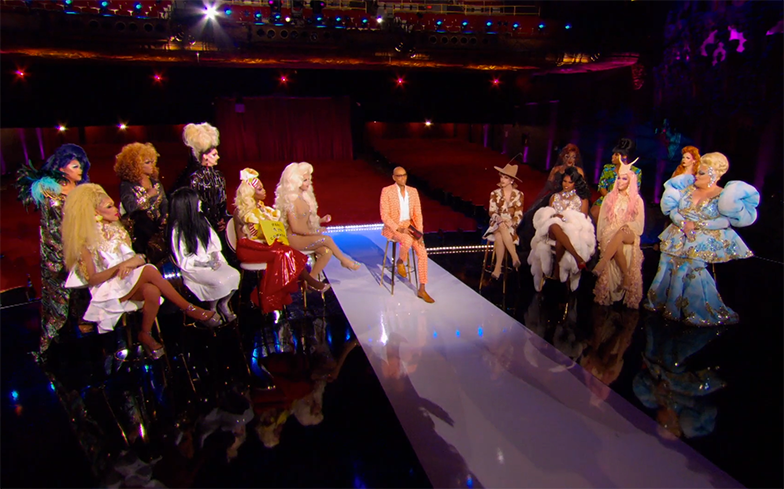 RuPaul’s Drag Race has blessed us with several juicy reunions over the years, but season 10 may have topped them all.

Ooh honey! This week’s Drag Race saw the queens reunite to discuss the season’s highlights and drama, and to address unresolved issues. To say it was dramatic would be a hell of an understatement. Queens cried, queens walked out, RuPaul delivered another fiery-ass monologue… Think RuPaul vs Tammie Brown back in season one. Very similar.

First of all, Mama Ru and the queens reminisced on the impact of the legendary, groundbreaking and revolutionary Vanessa “Miss Vanjie” Mateo. The queen – who left in first place – became a viral sensation, and her exit spawned several hilarious, gag-worthy memes. So they discussed that, which was very good, very positive etc.

The next part… not so positive. After RuPaul replayed a scene from The Vixen and Eureka’s showdown on Untucked, the two queens had their final confrontation. Eureka apologised for “poking the bear”, while The Vixen expressed her disappointment in her sister for goading her. RuPaul then chimed in and questioned The Vixen on her conduct: “If you’re gonna tell the truth and it’s gonna create tension in the room, then that is creating a fight. You also have a choice to not say anything.”

It wasn’t met with the best response from The Vixen, who replied: “Okay, so I came here to thank my fans for the love and support they gave me, for all the wonderful people who relate to me, understand me and appreciate me. Now that I’ve done that, y’all can have a good night. I’m done.”

The political activist walked out, which resulted in an emotional Asia O’Hara criticising the queens – and herself – for not trying to help her. “It’s ridiculous that our thought process about people is so self-centered, that if it’s hard to help somebody, we’ll let them struggle,” she said. “We’re not just drag queens, we’re people.” Asia passionately continued: “Here we are filming through Pride season, and we let one of our sisters walk out the fucking room because nobody wants to fucking help her.”

This is where the tension hit the mother-tucking roof, as Ru hits back at Asia: “Look at me. Look at me goddammit! I come from the same goddamn place she comes from, and here I am!

“You see me walking out? No I’m not walking out. I fucking learned how to act around people and deal with shit.” Yeah, awks.

Later in the episode, queens such as Monique Heart, Dusty Ray Bottoms and Monet X Change criticised Kameron Michaels for her introvertive behaviour, which they claim is a massive contrast to her social media presence.

Related: Monét X Change to Azealia Banks: “I am smarter than you, and I will take you down if I have to”. Kameron strongly disagreed with her sisters, and explained – for the 53rd time – that it’s just her personality. RuPaul then allowed the queens to read each other for filth, before revealing the final challenge for the top four…

Next Thursday, the queens will compete in a lip-sync smackdown for the crown, which means that the fiercest lip-sync assassin of the final four contestants will win the 100,000 dollars. We can’t wait!

So, what are your thoughts on the episode? Was The Vixen right to walk out? Do you agree with RuPaul? Were the queens right in calling out Kameron? So many questions! Let us know what you think in the comments.

You can watch the RuPaul’s Drag Race season 10 reunion now on Netflix UK.

Related: Drag Race’s Yuhua Hamasaki reveals her Snatch Game character and the truth behind her ‘coma’.