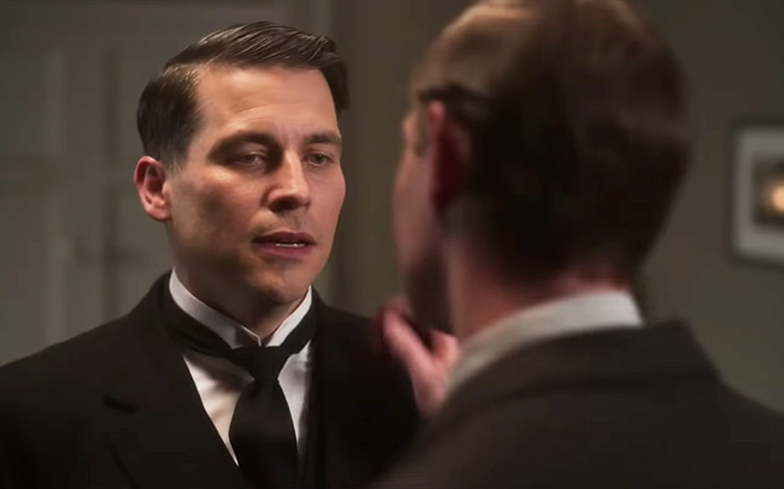 Rob James-Collier has spoken about his character’s storyline in the new Downton Abbey film.

The actor, who played butler Thomas Barrow in the hit British series, revealed his storyline in the new big screen outing will address the treatment of gay men in England in the 1920s, when homosexuality was illegal.

“It’s like a separate film so what a lovely thing, Thomas has got this little vignette off on the side,” he told Press Association about his role in the new film.

“When all the pomp and circumstance with the royal visit is going on, you cut to Thomas’s story so I’m like ‘Thank you Julian [Fellowes, the writer] for trusting me that I can do this’.”

During his time on the show, Thomas fell for several men, underwent gay conversion ‘therapy’ and even attempted suicide, before receiving a redemption arc of sorts when he was appointed head butler of the estate in the series finale.

“You see Thomas discover a whole new world, and that is closer to who he is and there is a joy there, but then that joy may get taken away but it’s very emotional, Thomas’s journey,” he continued.

“It also hammers home what it was like to be a gay man in those times, it was horrific and it’s brought back and it just shows how different it was.

“It must have been so hard for him and that is why the people warm to him and root for Thomas now, and they certainly will in the film if you watch it.”

After six wildly successful seasons, which earned the show 69 Emmy nominations and a worldwide audience, Downton Abbey is heading to a cinema near you for its first film adaptation, which continues the story of the aristocratic Crawley family.

Written by creator Julian Fellowes, the film follows the residents and servants of fictional Yorkshire country estate Downton Abbey as they prepare for a royal visit from King George V and Queen Mary, which will no doubt lead to plenty of drama.

Downton Abbey is released in UK cinemas on 13 September.