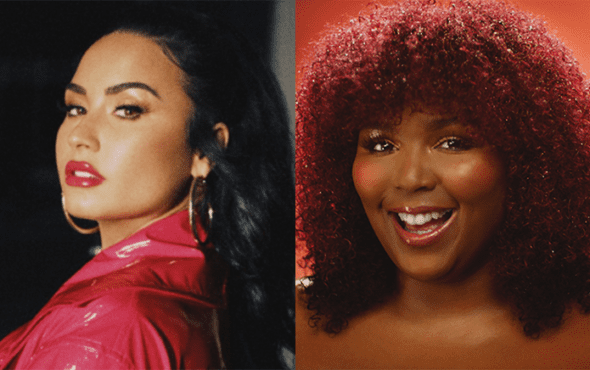 American singer Lizzo came to Demi Lovato’s defence, who came out as non-binary in May, after a photographer misgendered the star.

On May 19, Demi Lovato announced they were non-binary and would changing their preferred pronouns.

“I will be officially changing my pronouns to them/them. I feel this best represents the fluidity in my gender expression,” the singer said in the video.

The 28-year-old revealed the change came following “a lot of healing and self-reflective work” to be themselves.

“I’m doing this for those out there that haven’t been able to share who they truly are with their loved ones. Please keep living in your truths & know I am sending so much love your way,” Lovato shared.

In a newly surfaced video, captured by a fan, Lizzo can be seen getting questioned by a member of the paparazzi.

The photographer asks Lizzo whether she will be performing alongside Lovato, but uses the incorrect pronoun in reference to the ex-Disney star.

Lizzo responded to the photographer stating they “don’t [have] a song together.” As the photographer, again, referred to Lovato with the wrong pronouns, the Truth Hurts stepped in to offer a correction.

“They,” Lizzo is heard saying on the video. “Demi goes by they.” The interaction between the singer and photographer quickly went viral and caught the attention of Lovato and thanked Lizzo.

“Lizzo… you fucking queen I love you. Thank you,” they posted on Instagram.

You can watch the viral video here or below:

“Demi goes by ‘they’” – Lizzo corrects a paparazzi after they misgendered Demi pic.twitter.com/p9PVff08PL

Related: Demi Lovato comes out as non-binary: “I will be officially changing my pronouns”