Demi Lovato comes out as non-binary: “I will be officially changing my pronouns” 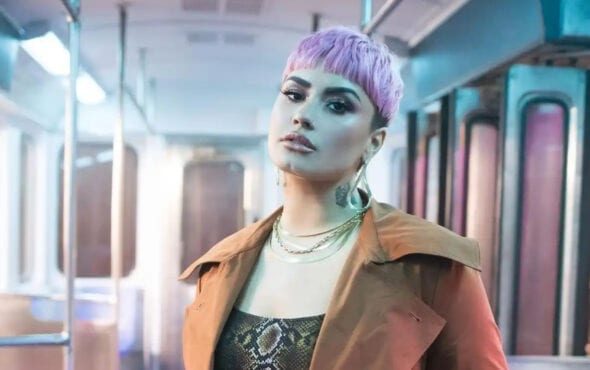 The American artist announced they will use “they/them” pronouns in a heartfelt social media post.

Demi Lovato shared a video on Wednesday morning (May 19) announcing the change of their identity.

“I will be officially changing my pronouns to them/them. I feel this best represents the fluidity in my gender expression,” the singer says in the video.

In a follow-up post, the star reiterates their message from the video. “Today is a day I’m so happy to share more of my life with you all – I am proud to let you know that I identify as non-binary & will officially be changing my pronouns to they/them moving forward,” they wrote.

Adding, “Not only has my life been a journey for myself. I was also living for those on the other side of the cameras.”

The 28-year-old reveals the change came following “a lot of healing and self-reflective work” to be themselves.

“I’m doing this for those out there that haven’t been able to share who they truly are with their loved ones. Please keep living in your truths & know I am sending so much love your way,” Lovato shared.

“At this moment I want to adopt [children] for sure,” they revealed. “I also don’t know if I’m going to end up with a guy, so I can’t really see myself even getting pregnant. I don’t know. I’m so fluid now, and a part of the reason why I am so fluid is because I was super closeted off.”

When asked if they would label themselves as pansexual, Demi responded: “Yeah, pansexual. I like anything, really.”

They then joked: “I heard someone call the LGBTQIA+ community the alphabet mafia. That’s it! That’s what I’m going with.”

Lovato also revealed they cut their hair to free themselves of the “gender and sexuality norms” placed on them by their religion.

“It was definitely when I was young and should not have been watching Cruel Intentions, but I did and it was that scene where they made out on the park lawn,” they said. “I was just like, ‘Oh, wait a minute I really like that, I wanna try it.’

Before coming out to the world, the Cool For The Summer singer said they would express their sexuality through their songwriting.

“There were times I wrote songs about girls that my fans thought I wrote about guys,” Demi admitted. “I was sharing it with the world and yet I wasn’t being completely obvious with what I was talking. Music was my safe space.”

Earlier this year, Lovato released a personal documentary, Dancing with the Devil, on YouTube.

Released in March, the series offers an insight into Lovato’s personal life and their 2018 overdose which caused the star to have three heart strokes and a heart attack.

You can watch Demi Lovato’s coming out video here or below:

Every day we wake up, we are given another opportunity & chance to be who we want & wish to be. I’ve spent the majority of my life growing in front of all of you… you’ve seen the good, the bad, & everything in between. pic.twitter.com/HSBcfmNruo