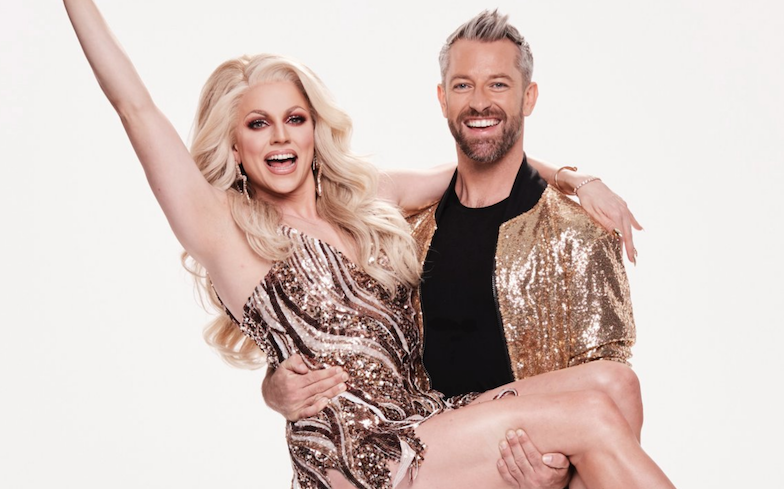 Yas honey! Courtney Act topped the leaderboard on the first episode of Dancing With The Stars Australia.

The former Drag Race star and Celebrity Big Brother champion performed a sickening routine to Feel It Still by Portugal The Man with her partner Joshua Keefe, and scored 23 out of 30 points.

Courtney has previously said that she’ll be performing as Courtney and as Shane on the series.

“I would want to be Courtney and dance with a male partner,” she revealed. “And then halfway through the series I’d come out as Shane and there would finally be same-sex dancing on the show.