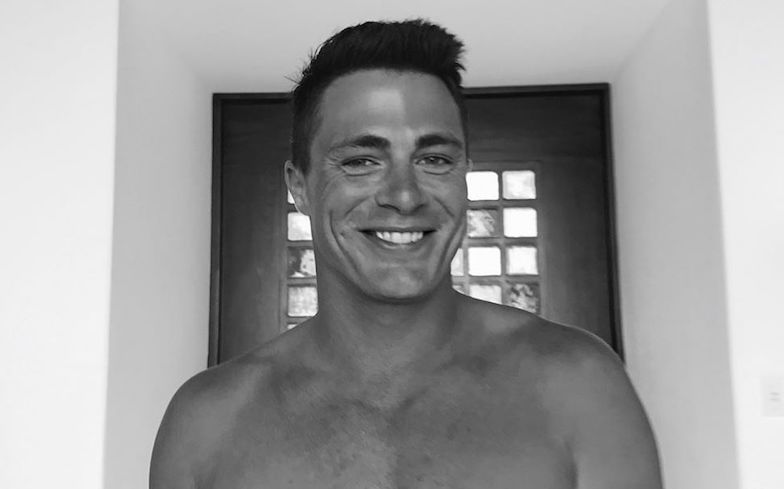 Colton Haynes has been cast in a new comedy series.

I Run Hot is in development at AMC and will be created, directed and executive produced by Ilana Glazer.

According to Deadline, it will follow the unlikely friendship between her Broad City co-star (and brother) Eliot Glazer, a “gay curmudgeon who never quite fit in with the community” and Haynes, a “famous #instagay who can’t help but exemplify it”.

“We will prioritize creative risk-taking that doesn’t rely on the shock and awe of sheer size, but instead delivers the surprise and delight of brilliant storytelling in our quest to stand out with human-scaled brands in this dynamic and changing content environment. There is so much phenomenal talent to discover and so many new, different, electric stories to be told.”

Shortly after the series was announced, Colton said he is “so excited to work” with both Ilana and Eliot, while Eliot wrote on his social media that they have “started from the bottom now we’re queer.”

Colton is best known for starring as Roy Harper/Arsenal in The CW’s superhero drama, Arrow, as Jackson Whittemore in MTV’s Teen Wolf and for his role as Detective Jack Samuels in Cult, the seventh season of American Horror Story.

He also made an appearance in two episodes of Scream Queens and played the role of the ‘real stripper’ in black comedy film Rough Night, which starred Ilana, Scarlett Johansson, Kate McKinnon, Jillian Bell, Zoe Kravitz.

Last year, Colton opened up about his issues with mental health and anxiety with past photos of himself in hospital.

“Throwback. I don’t want worrying about if I look hot or not on Instagram to be my legacy,” he wrote on his social media account. “I don’t want to skirt around the truth to please other people or to gain economic success.”

Although he said he’s thankful to do what he loves, he admitted: “I have far more important things to say than what magazine I just shot for or what tv show I’m a part of. I no longer want to project a curated life.”

His post was flooded with support from fellow celebrities. Brittany Snow commented, “This is beautiful. Love you,” while Lisa Rinna wrote: “Love you so much! Couldn’t love you more. Brave, Kind and the Real Deal you are my friend.”